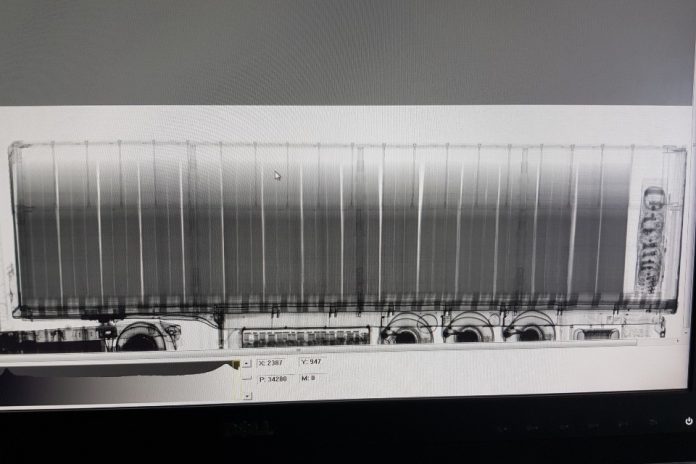 Around 10 million black market cigarettes worth almost £3 million in unpaid duty have been seized by Border Force at Harwich.

Scanners detected anomalies with a Polish-registered lorry which arrived in the Port of Harwich, Essex, on a ferry from the Hook of Holland on Thursday 8 October. Paperwork for the vehicle showed it should have contained dozens of washing machines but only 4 appliances were onboard. Border Force officers inspected the vehicle’s trailer to discover huge pallets of shrink-wrapped Lambert and Butler silver cigarettes.

It is the second largest seizure of cigarettes by Border Force at Harwich this year.

Every day Border Force teams are protecting the UK from violent gangs hell-bent on smuggling in weapons, drugs and illicit cash.

Border Force’s hard work has stopped criminals from making huge profits from black market cigarettes and cheating the taxpayer out of millions of pounds.

The Polish driver was arrested on suspicion of evasion of excise duty but was subsequently released. The cab and trailer he was driving was seized.

Had the smuggling attempt not been detected, it would have cost the Treasury almost £3 million in unpaid duty and VAT.

Border Force had further success in stopping illicit cigarettes entering the UK at the Port of Dover earlier this month. On Saturday 3 October, officers discovered almost 1 million cigarettes on a Slovenian-registered lorry which had arrived at Dover’s Eastern Docks. Four pallets of cigarettes were found worth about £430,000 in unpaid duty and VAT.

Border Force officers use hi-tech search equipment to combat immigration crime and detect banned and restricted goods that smugglers attempt to bring into the UK.

In 2019, Border Force protected the Treasury from losing more than £210 millon in unpaid duty from black market cigarettes.