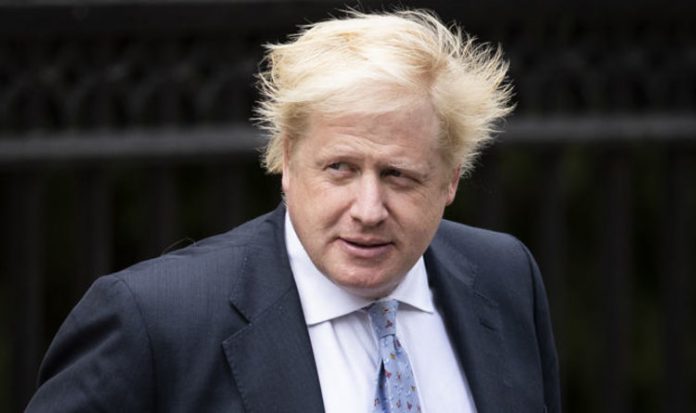 Writing in his regular column in the Daily Telegraph, the former Foreign Secretary said banning the burka “is not the answer” after Denmark became the latest in a long line of European countries to ban them and niqabs in public.

But Boris Johnson has infuriated many, after claiming it was “absolutely ridiculous that people should choose to go around looking like letter boxes”.

He said: “If you tell me that the burka is oppressive, then I am with you. If you say that it is weird and bullying to expect women to cover their faces, then I totally agree – and I would add that I can find no scriptural authority for the practice in the Koran.

“I would go further and say that it is absolutely ridiculous that people should choose to go around looking like letter boxes; and I thoroughly dislike any attempt by any – invariably male – Government to encourage such demonstrations of ‘modesty’.”

The MP added: “If a constituent came to my MP’s surgery with her face obscured, I should feel fully entitled – like Jack Straw – to ask her to remove it so that I could talk to her properly.

“If a female student turned up at school or at a university lecture looking like a bank robber then ditto: those in authority should be allowed to converse openly with those that they are being asked to instruct.

Ms Shah said his remarks would be “seized upon by the far right” and that she was appalled by this kind of “ugly and naked Islamophobia”.

She suggested if no action was taken against Mr Johnson, Muslims would not have faith in Tory pledges to stamp out Islamophobia.

Ms Shah said: “When Muslim women are being attacked in the street, his comments are dangerous and cannot be laughed off.”

Mr Johnson was also blasted by one of his former Foreign Office deputies for his “offensive” comments.

Minister for the Middle East Alistair Burt told BBC Radio 4’s Today programme: “I would never have made such a comment. I think there is a degree of offence in that, absolutely right.

“What he was trying to make a serious point about is the UK Government will not enforce any clothing restriction on anyone.”

“I wish he hadn’t accompanied it with a comment that I certainly wouldn’t make and I think many people would find offensive, yes.”