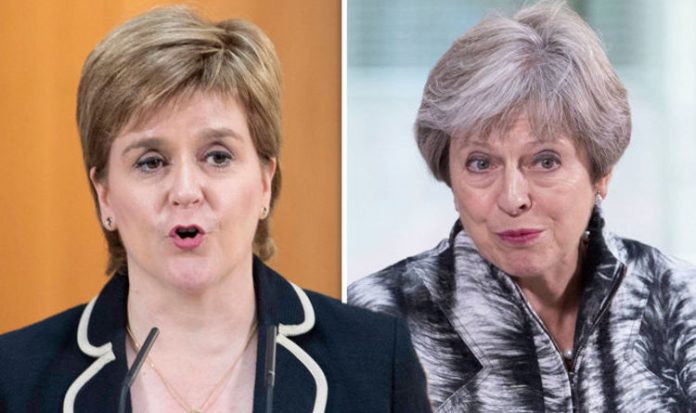 The First Minister suggested her preferred timeline for another divisive vote could be further pushed back by the Brexit process.

Her comments came after she met Theresa May for half an hour of bilateral talks in Edinburgh as the pair signed a £1.2 billion city deal for the capital and the surrounding area.

During her visit the Prime Minister reiterated her opposition to another plebescite and challenged the SNP leader to back her controversial Chequers plan for quitting the EU.

Speaking at the University of Edinburgh Mrs May declared: “I believe we can achieve far more together than we ever could apart.”

It came as senior pollster Sir John Curtice said the “odds are against” another ballot being held in the next five years.

He argued the issue would be “kicked into the long grass” until Brexit is settled and Ms Sturgeon is sure of keeping her job.

Miss Sturgeon initially said the issue of a second independence vote was “back on the table” after the 2016 EU referendum.

In March last year she unveiled her plans to hold a ballot between autumn 2018 and spring 2019.

But Mrs May rejected her request and it backfired spectacularly in last year’s snap general election. The SNP lost a third of its seats and nearly 500,000 votes.

It forced Ms Sturgeon to “reset” her plans and she told MSPs she would set out a new timetable in the autumn, when the shape of the Brexit deal had become clear.

Ms Sturgeon has previously said that the case for a second EU referendum “on the final outcome may become irresistible” but has stopped short of backing one.

Following talks with Mrs May the First Minister last night insisted the UK is increasingly risking a no-deal Brexit.

Speaking to journalists Ms Sturgeon reiterated SNP MPs in the Commons will not back the Prime Minister’s Chequers’ plan arguing it still risked damaging Scotland.

Asked about her plans to update MSPs this year Ms Sturgeon told journalists: “Presumably, when we get to October, I will give an update, what the content of that update is, by definition, I don’t know right now.

“The Prime Minister said today she is planning to be in a position where there is a detailed statement on the future relationship in October.

“I leave everyone round the table to draw their own conclusions as to how we get from here to there given the state of things just now but that’s what she just told me, so we will see where we get to.”

Denying suggestions a “chaotic Brexit” was good for her cause Ms Sturgeon claimed her focus was on avoiding a cliff edge next March.

The First Minister argued the was “no clear sense” of a plan B in resolving the thorny Irish border issue.

Pressed on whether she will ever accept a request for a second independence referendum, Mrs May said: “The Scottish people voted in 2014, they had a referendum, they gave a clear decision that they wanted Scotland to remain part of the United Kingdom and I believe what we should be doing now is working to get on with the job of delivering on the future of the United Kingdom.

“That’s about Brexit, it’s about getting a good Brexit deal, it’s about all the other issues like the industrial strategy and like the city deal that i’ve just talked about. What I want to see is the Scottish Government also putting forward their support for the proposals that we’ve put forward to the European Union that would deliver on the vote but would also deliver for Scotland and deliver for the rest of the UK.

Polling expert Sir John predicted Ms Sturgeon was unlikely to demand another independence poll in the next five years.

Sir John argued the Brexit process would not be any clearer until January and there was “no way” the Scottish Government would secure a Section 30 order to hold a legally binding poll.

He added: “If Nicola Sturgeon’s principal objective is to remain First Minister it is not clear why she would take the risk of holding a referendum that is at serious risk of being lost.”

A Survation poll last month found fewer than one in four Scots wants another referendum to be called for this year.

It also revealed that the majority of Scots are in favour of remaining in the UK, with 53 per cent saying they would vote No. 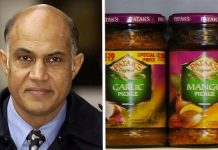