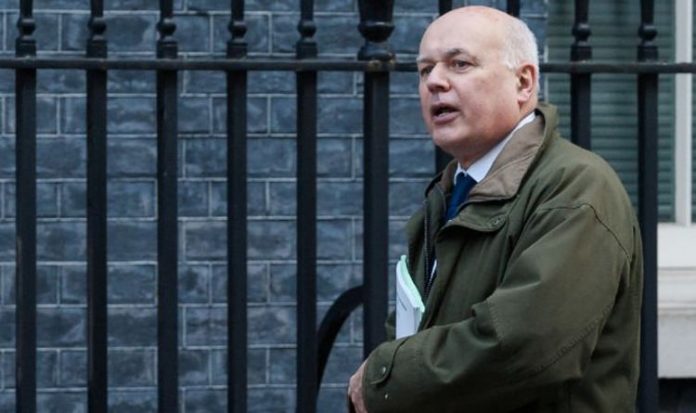 Sir Iain Duncan Smith said the focus currently on COVID-19 also meant other risks were being ignored. He said the right way to deal with the virus would be managing it, but not expecting to defeat it, “because I honestly don’t think we will, actually.” He told the Telegraph’s Chopper Politics podcast: “I’ve never been to a time like this where we have almost suspended all judgment on everything else as secondary to Covid.

“And the truth is that if we go on just trying to push these spikes down the whole time … then we could be in this for years because there are very few vaccines that have been completely effective against viruses.

“We’ve lost the balance of risks. We now have only one risk. And if you think of only one risk, then you can damage everything around you.”

It comes as Mr Johnson looks set to impose tougher restrictions on Monday.

The Prime Minister is expected to outline a new three-tiered system of restriction Monday, which could see pubs and restaurants shut across the north of England.

Under this system, different parts of the country would be categorised differently, with areas in the highest level expected to face tough restrictions, including hospital venues closing.

Tory backbencher, Iain Duncan Smith has already blasted the Prime Minister for the rules imposed on the hospitality industry.

He said the government could take a “more common sense” approach to the Covid curfew.

Speaking to TalkRADIO, he said: “Well, I think a common-sense view would be if you want hospitality to close at a certain point, then give them a bit more flexibility.

“Say at 10:30 you need to close but we give you half an hour leeways for people to leave in separate table groups slowly over that half an hour.”

Mr Sunak announced on Friday that workers in businesses which are forced to close under the new restrictions will have two-thirds of their wages paid by the Government.

Leaders across northern England are urging the Government to provide more cash to support areas which face going into further lockdown restrictions.

The UK’s hospital death toll has soared by 87, with England recording 60 more deaths in hospitals, Wales 21, Scotland six and Ireland a further three.

This figure has increased from last Saturday when there were 51 deaths recorded in hospital and it is the highest rise since late June.