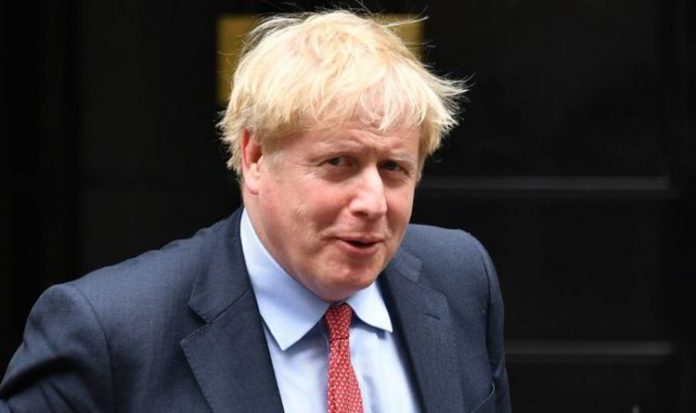 With scores of MPs threatening an all out revolt against “a new lockdown in all but name”, Boris Johnson’s government was facing its toughest test since the election last December. Privately some members of the government are speculating that they may need the help of Labour to prevent defeat on the crucial vote on Tuesday. In an apparent offer of terms for a deal, Labour yesterday called on the Government to suspend peak fares and provide mass coronavirus testing for transport workers over Christmas to help avoid ‘travel chaos and to keep families safe during the festive period.’ It is understood that Mr Johnson has been offering promotions for some backbenchers in a planned reshuffle in January if they stay loyal.

Ministers have also been suggesting to MPs in rural constituencies caught up in the toughest tier 2 and 3 areas because of higher infection rates in towns in the same county that they may be given local exemptions.

But last night veteran Tory MP Philip Davies, who has consistently opposed lockdown, warned that MPs “should not be fooled.”

He said: “They will hint that they will do something like allowing local exemptions and then it won’t happen. But once they have won the vote it will be too late.”

Wycombe MP Steve Baker, the vice chairman of the Covid Research Group (CRG), also warned against MPs being bought off with offers of promotion.

He Tweeted: “No MP should allow their vote to be swayed this way.”

READ MORE: Warning! Freedoms are being taken from us on an unprecedented scale

Last week the CRG organised a letter to the Prime Minister signed by 70 Conservative MPs demanding evidence to be produced to justify the new tier systems.

And yesterday MPs pointed out that the government has moved the goal posts against now suggesting that the measures will not be lifted until the spring after communities secretary Robert Jenrick suggested recently it would be December 16.

In a sign of desperation, Cabinet Office minister Michael Gove yesterday claimed that hospitals will be “overwhelmed” if they do not bring in the new measures when lockdown ends in England on Wednesday.

But MPs are furious about the introduction of a tier system which in effect maintains lockdown even for parts of England with low infection rates.

It means that much of the hospitality industry will not be able to open at all in tier 3 or will be extremely limited in tier 2.

According to the Centre for Economic and Business Research the plans will cost the country £900 million a day.

Former minister and government loyalist Sir John Hayes said: “My constituency in Lincolnshire has been put in tier 3 even though we have a very low R rate.

“This is because of high rates in Lincoln and northern coastal towns miles away. There is no justification for it, so I will probably be voting against the government.”

The qualms in northern constituencies which have been in lockdown measures for even longer than most of the country was highlighted by Esther McVey, the founder of the Blue Collar Conservativism Movement which helped sweep Labour’s red wall seats.

She pointed to a study by Bristol University which estimates that 560,000 people will be killed by lockdown measures.

The MP for Tatton said: “We have to ask ourselves if the cure is worse than the disease.”

The influential member of the 1922 committee which represents the Conservative Parliamentary Party, Sir Graham Brady made it clear he will not back the government.

He said: “These regional tiers should be revised and applied on a more local district or borough basis, to make sure there’s some connection between infection rates and restrictions of people’s lives.”

Meanwhile, MPs with medical backgrounds are also concerned about a lack of evidence.

Runnymede and Weybridge MP Dr Ben Spencer MP said: “As a doctor with all my body and soul we absolutely cannot let our NHS be overwhelmed and I agree with Michael Gove that MPs must take responsibility for difficult decisions.

“That’s why to make these decisions MPs need the harm/benefit analysis and the predicted impact of these restrictions on NHS capacity for their local areas.”

Writing for the Sunday Express today, Buckingham MP Greg Smith, previously a loyalist on the issue, said: “I reluctantly supported the second lockdown. I was concerned by the arguments about NHS capacity.

“But my local NHS, who have performed exceptionally during this pandemic, are not overwhelmed. Yet Buckinghamshire has been placed in tier 2, having gone into lockdown in tier 1.

“It makes very little sense to my constituents that having endured the trauma of a second lockdown, they are put into a higher tier.”

Romford MP Andrew Rosindell described the continued lockdown as “madness” and warned it was destroying the country’s finances.

Sir Desmond Swayne said that he was “in a state of apoplexy” over the Government plans which will prevent 55 million people in England from seeing others indoors.

He was unsure over whether enough Tory MPs would vote against the government after pressure started being applied from Friday.

“Whether we’ll make the 40, I don’t know. The whips will no doubt be at work but there’s a huge amount of anger out there, that we’ve been completely shafted.”

Another senior MP said: “The trouble is we have so many new MPs and they will be feeling alone and exposed with lockdown which prevents people from properly meeting.”

Andrew Bridgen has said he will only support the government if his North West Leicestershire constituency with a low infection rate is “decoupled” from the city of Leicester with a high rate and taken out of tier 3.

Rother Valley MP Alex Stafford was angry just spoken to women working in a cafe who are about to be laid off with his constituency in tier three.

But he suggested he may still back the government and blamed people for not following the rules before.

“If more people had obeyed the rules we would have been in tier two… But because people didn’t obey the rule we’re now paying the price.”

But Ashfield MP Lee Anderson, another member of the new intake warned: “There needs to be a clear path out of this lockdown. We need to see light at the end of the tunnel.”

Craig Mackinlay, who represents South Thanet which has the second highest R-rate in the UK, said he is planning to vote against the new tiered restrictions on Tuesday.

He told BBC Breakfast that he would instead favour natural “self-regulation” which he says happens when people see the R-rate in their local area starting to rise.