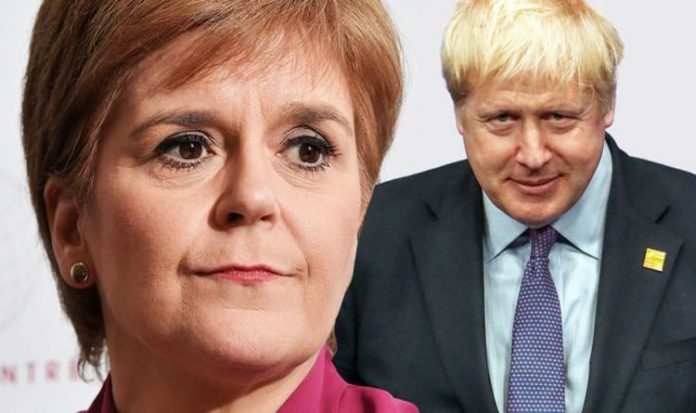 Ms Fox said: “I do not know whether Nicola Sturgeon is now running the country as much as they seem to follow what she does.

“The crucial point here is I am irritated by a Government that does not know what it is doing but it is much more important that as adults we stop panicking and making children suffer.

“Young people have had to cope with and have coped relatively well with all the infringements on their freedoms due to lockdown, all the things they have been deprived of.

“It is absolutely time that while they are holding their nerve, adults do not panic on their behalf.

“Why are we constantly panicking in this way, why does the Government keeps changing its mind?

“It is very important that we recognise that the risks for young people of depriving them of education and any social experience for any longer are far greater than the minuscular risks of the coronavirus.”

Earlier today Boris Johnson was warned a series of “ridiculous” U-turns performed over the past few months could leave him struggling through a serious internal challenge.

Speaking to Times Radio, 1922 Committee vice-chair Charles Walker warned several of his colleagues have been left “scratching our heads” and growing increasingly frustrated with the constant U-turns.

He continued: “Whatever the crisis, and this is a big crisis, one of the biggest crises since 1939, we mustn’t just suspend democratic decision making.

“We have laws in place which were put in place in March, which allowed the Government to restrict, literally on a whim, almost every civil liberty that it likes.

“For example, the right of people to have their children around for lunch or to stay the night. This is becoming ridiculous now.

“And if the Government wants to continue to do this, then it must go back to Parliament and get a mandate to do it.”