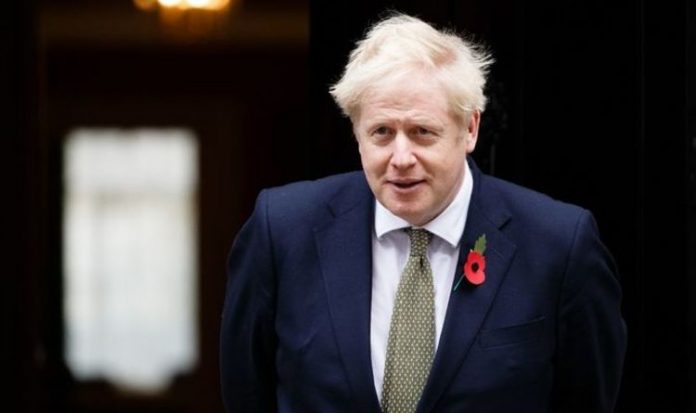 The group of MPs, together with a non-profit organisation, All the Citizens, have filed a claim in the High Court in an attempt to force Boris Johnson to carry out an independent investigation or public inquiry into the matter. The politicians accuse the Prime Minister of failing to protect the public’s right to free and fair elections after allegations of Russian interference.

The move is the first legal action of its kind over alleged national security failures.

It comes after a parliamentary report released in July found the Government and its intelligence services failed to investigate whether Russia meddled in the 2016 EU referendum.

The Russia report by the Parliament’s Intelligence and Scrutiny Committee (ISC) referred to the issue as a “hot potato”.

The committee urged Downing Street to carry out a full inquiry into the matter.

They also recommended the Government introduces a legislative framework to prevent future interference by foreign states.

No10 rejected both recommendations and rubbished claims the Government had been complacent over the “enduring and significant threat” posed by the Kremlin.

The legal action challenges Mr Johnson’s response to the report and seeks a judicial review into the matter.

It claims the Government has breached the right to free elections enshrined in the European Convention on Human Rights.

JUST IN: Corbyn explodes as he sulks about media ‘obsession’ with Russian leak

Caroline Lucas, the Green MP for Brighton Pavilion, is one of the politicians who back the move and has accused the Government of “complacency”.

Writing for the Independent, she said: “This is about the integrity of our elections, and whether the systems and rules we have in place are robust enough to withstand the deliberate efforts of outside forces to undermine them.

“It should be a top priority for any democratic politician or leader.

“Yet somehow, Boris Johnson just isn’t interested, despite acknowledging in the House of Commons the ‘significant public interest in the issues it raises’.

“His ‘move on, nothing more to see’ attitude will not wash.”

She added: “We want to see a comprehensive, independent inquiry to examine the weaknesses in our democratic system, not so past votes can be re-run but so we understand what needs to be done to shore up the foundations of our democracy.”

Six peers and MPs have joined the claim.

The Government has 21 days to respond, with a hearing unlikely before spring.