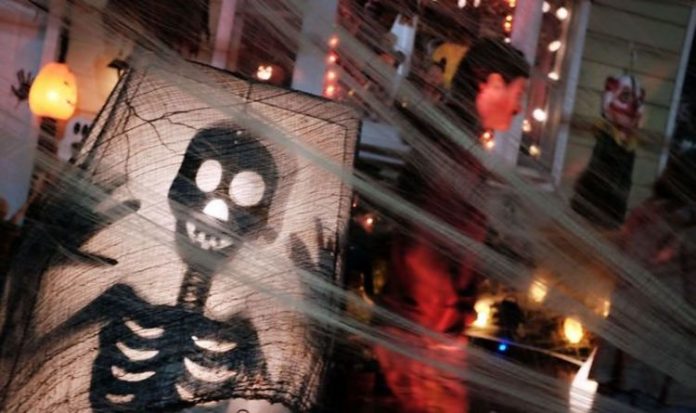 The rules were imposed yesterday and will see up to 20 million Britons in lockdown areas across the country restricted from enjoying Halloween traditions.

According to Number 10, going from door-to-door and interacting with neighbours and friends breaches lockdown restrictions as it is classed as mixing households.

A Downing Street spokesperson said: “The rules are clear on household mixing, dependent on whether you are in a local lockdown area or not.

“We are clear that everybody needs to follow the rule of six to ensure we can control and try and reduce the spread of the virus.

“We are asking everybody to abide by that rule.

“The guidance is clear in terms of what we are asking the public to do.”

Downing Street said the extra restrictions apply across the north east, north west, the Midlands and most of Wales, Scotland and Northern Ireland.

Those not in lockdown areas will still have to abide by the “rule of six” restriction which was imposed last month.

Dr Chris Smith, a virologist at the University of Cambridge, told the BBC: “If you’re doing something that increases your contacts with other people then you are automatically increasing their risk and your risk.

The UK has one of the highest infection rate across Europe but there have been fresh hopes the numbers may be getting under control.

According to figures from the Office of National Statistics (ONS), there were around 8,400 cases a day of the virus this week, compared to 9,600 last week.

The ONS said while there may be “levelling off” following a steep increase during August and September there is still some uncertainty around the figures.

Prime Minister Boris Johnson is already facing backlash for imposing the “rule of six” as well as introducing the 10pm curfew.

Mr Johnson was forced to give MPs a vote on further national lockdowns in order to stop a backbench rebellion earlier this week.

He now faces another revolt from Tory backbenchers over whether the current restrictions should be allowed to stay in force.

Steve Baker, who got 56 Tory MPs to sign the Brady amendment, told The Telegraph: “There is widespread concern that a 10pm curfew is not backed by science, and is counterproductive in turning people out before they wish to be.

“I am confident colleagues will be working on this together over the weekend and through Monday.

“No one has prevailed on me to organise a rebellion, but I would not be surprised if they did so.”