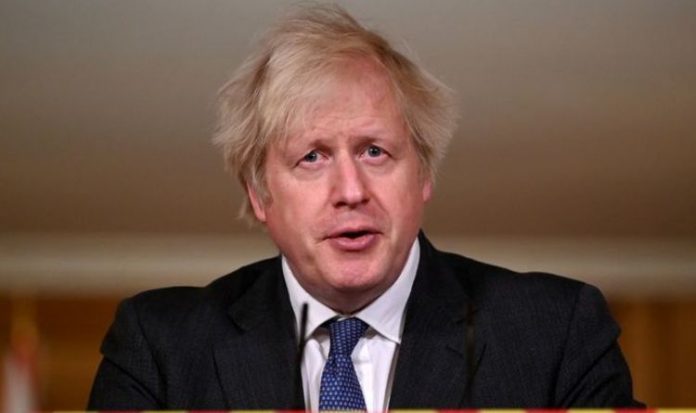 It comes as the Prime Minister praised Britain’s “extraordinary feat” for vaccinating 15 million people across the country. He described it as a “significant milestone” which was reached just over two months after the first coronavirus jab was given in December.

According to the Times, ministers are reviewing an ambitious timeline which would allow families who live in the same household to go on breaks together as early as the Easter holidays.

One Government source told the paper: “There’s an active discussion about how soon we can do it and we’ll be guided by the data.

“There’s talk of April at the earliest, but a lot of things have to go right.

“It’s unlikely but it is being talked about as a possibility.”

Last week, Mr Johnson said it was too early for people to book holidays.

He urged Britons to wait until he had published a road map for easing restrictions in a week’s time.

On Sunday, the Prime Minister told CBS: “What you’re now seeing is [that] thanks to the efforts of the British people, the lockdown, plus possibly the effects of the vaccine, we’re going to see the rates coming down more sharply.”

Mr Johnson is due to receive an assessment by Public Health England on Friday which is expected to reveal the effectiveness of vaccine in the “real world”.

It came after Transport Secretary Grant Shapps urged Britons not to book holidays.

The Labour party accused Government ministers of issuing “mixed messages” around summer holidays and claimed it is “creating chaos for families and businesses”.

Mr Hancock told Sky News: “I do understand, of course, the yearning for certainty.

“But certainty is hard in a pandemic.”

Dr Simon Clarke, associate professor in cellular microbiology at the University of Reading, said booking holidays now is “one hell of a gamble”.

He claimed the Government “had its fingers burned” by allowing travel corridors last summer.

Dr Clarke told LBC: “We don’t know where we’re going to be, not only in this country in terms of vaccinations, but in terms of spread of troublesome variants and what other countries are going to have been able to do.

“So it really is too early to say. I think if people were to book holidays now, I’d like to do that myself, it would be one hell of a gamble.”