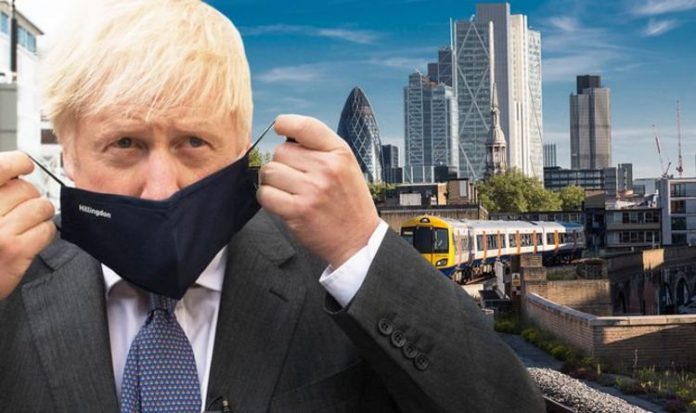 Currently only Liverpool is in Tier 3, the highest level in England’s new system, which bans all mixing indoors and outdoors between different households. The Joint Biosecurity Centre has recommended both Manchester and Lancashire are added to this tier.

There is also speculation London will be moved to Tier 2, banning the mixing of households indoors, after Mayor Sadiq Khan warned extra restrictions for the capital are “inevitable”.

According to Sky New Health Minister Helen Whatelely will hold a conference call at 9:30am for London MPs to discuss the latest situation.

This will be followed at 10:45am by a similar event for MPs representing seats in Greater Manchester.

Beth Rigby, Sky’s political editor, claims Government sources told her the situation in both Greater Manchester and Lancashire is “bad” and additional restrictions will be needed.

Government figures are also expected to hold talks with Andy Burnham, the Mayor of Greater Manchester, who has been fiercely critical of its record.

Responding to reports on Twitter last night that the Government has decided to put Manchester in Tier 3 lockdown, he commented: “Said I wasn’t going to comment but now feel compelled to do so on the back of this Government briefing.

“At no point during tonight’s briefing was this news communicated to us.

Separately in a letter to the Prime Minister Mr Khan wrote: “None of us want more restrictions in London but given the increase in infection rates and the lack of testing we have little choice.”

Under the highest Tier 3 restrictions pubs and bars that can’t operate as restaurants are required to close and non-essential travel is advised against.

People living in regions with these restrictions are instructed not to stay overnight in another part of the UK and to avoid any household mixing.

For the lower Tier 2 restrictions the mixing of households indoors is banned though people can still meet in groups of up to six outside.

The rest of England is under basic Tier 1 restrictions which ban gatherings of more than six and enforce a 10pm curfew on pubs and restaurants.

Large parts of Scotland are also facing additional restrictions as the number of COVID-19 cases continues to rise.

Pubs and bars that don’t serve main meals have been required to close in Scotland’s highly populated central belt.

In Northern Ireland all pubs and restaurants are set to be shut for four weeks whilst schools will be closed for two.

On Wednesday an additional 19,724 confirmed COVID-19 cases were recorded across the UK.

Another 137 people also died within 28 days of testing positive for the condition.