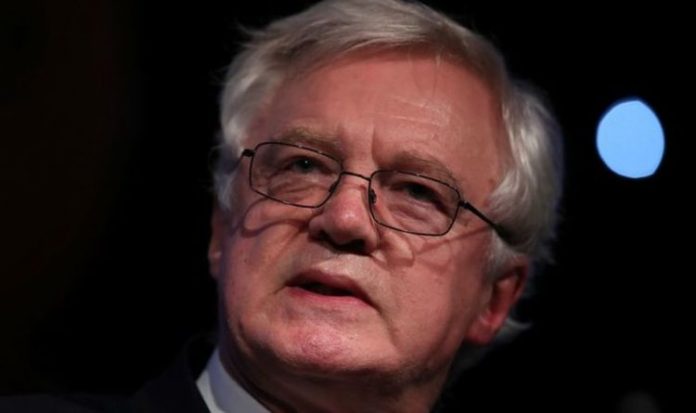 The Prime Minister sparked outrage last week amid the introduction of the new legislation which is set to alter elements of the withdrawal agreement. Such is the outrage from some UK officials, the Prime Minister is potentially facing a Tory rebellion in the Commons. There had also been claims the House of Lords will stop the progression of the legislation when it reaches the chamber.

In order to stop peers from doing this, a No 10 spokesperson claimed the Internal Market Bill would be covered by the Salisbury Convention.

This convention means peers will not vote against a bill if it is a manifesto pledge.

This claim sparked a backlash from Mr Davis who disputed the use of the Parliamentary mechanism.

He said: “’Number 10 spokesman’ is wrong to claim the Salisbury Convention applies to the Internal Market Bill.

“I am afraid this demonstrates just how little the Number 10 team understands Parliament.”

The new legislation cleared its first Parliamentary hurdle on Monday after MPs voted for 340 to 263.

It will have its second reading today following Mr Johnson’s meeting with Tory rebels on Monday.

Led by the chairman of the Commons Justice Committee and MP for Bromley and Chislehurst, Sir Bob Neil, the group of 20 MPs met with the Prime Minister before the vote on Monday.

The new legislation was designed in order to maintain trade between the devolved nations.

The UK Government has also expressed concern over the ramifications of the Northern Ireland Protocol and its impact on the integrity of the UK.

READ  At The Federalist, A Laser Focus on ‘Owning the Libs’ – (Reports)

EU officials have rejected this claim while also insisting the withdrawal agreement cannot be changed.

She said today: “This Withdrawal Agreement took three years to negotiate and we worked relentlessly on it line-by-line, word-by-word, and together we succeeded.

“The European Union and the UK jointly agreed that it was the best and only way for ensuring peace on the island of Ireland and we will never backtrack on that. 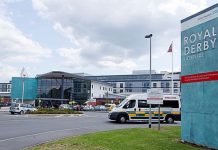 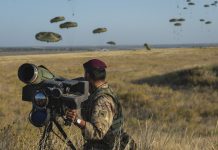 Hundreds of UK troops parachute into Ukraine for joint exercises