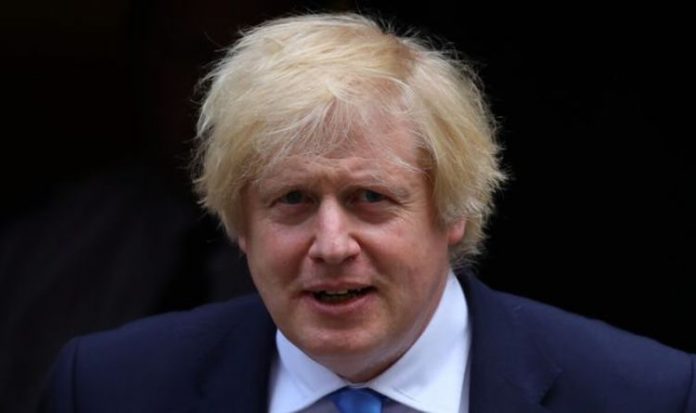 Investigative author Tom Bowler writes the great lengths the Prime Minister went to appoint Mr Cummings as his chief adviser shortly after winning the Tory leadership election in July 2019. In the book titled, The Gambler, Mr Bowler explains how Mr Cummings demanded control over the Number 10 machine before accepting a role within the heart of Government. The biography claims Mr Cummings, who was the head of the Vote Leave campaign during the EU referendum, told the Prime Minister he wanted to deliver Brexit, win a general election and then “revolutionise Britain’s decrepit government machine”.

According to the book, the power-shift caused huge divisions within the Tory ranks.

In his role as special advisor, the biography says Mr Cummings outlined what his position would entail and told the Prime Minister he would “’control the Downing Street administrative machine, appoint the Prime Minister’s private staff and be the gatekeeper to control access to Boris himself”.

Mr Cummings also reportedly wanted to ensure loyal Tory Brexiteers were rewarded and given a role within the Government.

Dominic Cummings was appointed as senior adviser to the Prime Minister in July 2019 (Image: GETTY)

The book adds: “The only people he could trust, said Cummings, were the dedicated Vote Leave campaign staff.

“Those loyalists should come with him to Downing Street. Only through that command structure, said Cummings, could he accept Boris’s offer.”

Mr Bowler writes that Mr Johnson was sold on the idea of appointing Mr Cummings as soon as the Queen granted him permission to form a Government during a ceremony in Buckingham Palace.

The author explains the Prime Minister felt Mr Cummings was the only man who could help him to break the Brexit impasse in Parliament, which had blocked Theresa May’s withdrawal agreement three times.

On the Prime Minister, Mr Bowler said: “On his way to meet the Queen at Buckingham Palace, he already knew how he intended to run Downing Street.

“Only Dominic Cummings matched his requirements as a strategist and enforcer to push Brexit through the hostile Commons.”

In just over a year as the Prime Minister’s top aide, Mr Cummings has overseen an 80-seat election victory for the Tories, a Brexit withdrawal agreement pass through the Commons and began reform of the civil service.

The book claims, Mr Cummings warned the Prime Minister about the influence of the 450,000-strong civil service, it says: “They will destroy you. You always need me to sort the b**s out.”

READ MORE: Coronavirus map LIVE: Vaccine to be rolled out to UK in just months

Boris Johnson looked to Mr Cummings to break the Brexit deadlock, according to a book (Image: PA)

Mr Cummings has been an outspoken critic of the public body and argued it does not have enough senior staff with specialist knowledge.

In a rare blog post in January, Mr Cummings set the wheels in motion for a radical change and outlined his vision for the civil service to include data scientists, mathematicians and “misfits with odd skills”.

In September the UK’s top civil servant, Sir Mark Sedwill, officially stood down from his position.

In an extract of the book being serialised in the Mail on Sunday, it claims Mr Johnson came to the conclusion he needed Mr Cummings’s no-nonsense approach and could not govern without him.

Mr Bowler wrote: “Boris’s skill was to identify his own weaknesses and hire the right person to compensate for them.

“Cummings was not only a master of strategy and could intensely focus on detail but, like Boris himself, was a rule-breaker.

“As a kindred spirit, he understood willpower would demolish their mutual enemies. His most important contribution would be instilling unyielding resolution never to compromise.

“His determination to march forward and trample the opposition was vital. Boris decided that he could not run Downing Street without him’.”