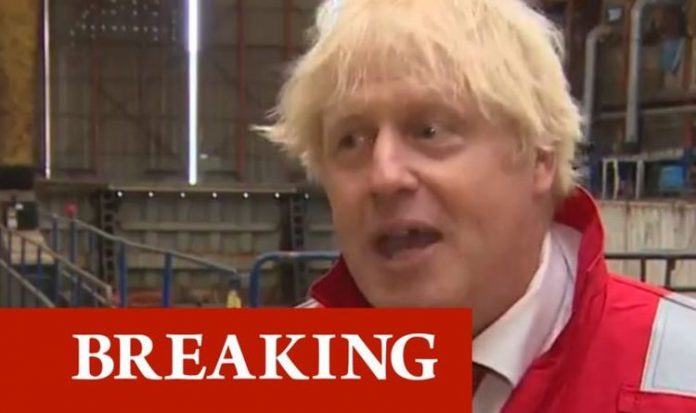 Boris Johnson said on Tuesday he was “really pleased” by the work teachers had done to get ready to reopen from next week, a test of his Government after it failed to return all children to schools earlier this year. Mr Johnson, whose Conservative Government has come under fire for how it has tackled education during the coronavirus crisis, said it was “crucial” for all children to return to school and that he would look at medical evidence to see whether he should change the government’s advice on wearing face-coverings.

Speaking to Sky News, Mr Johnson said: “I think the crucial thing is that all pupils get back to school and the succeeding days in the staggered way that we want.

“I’m really pleased by the work that teachers, schools, parents and pupils have done to get ready and the steps they’ve taken to ensure there is social distancing and to ensure that schools are safe.

“Of course all our scientific advice says that schools are safe.

“It is absolutely crucial that people understand that.

“There’s far more risk to the wellbeing of our children from not going to school then there is from the disease. That’s my priority.

“On the issue of whether to want masks in some contexts, we will look at the changing medical evidence as we go on.

“If we need to change the advice then, of course, we will.”

It comes after Holyrood’s Education Secretary John Swinney confirmed that secondary schools in Scotland will be given “obligatory guidance” that pupils should wear face coverings in corridors and communal areas.

Meanwhile, Mayor of London Sadiq Khan is said to be “moving towards” students in the capital wearing face coverings when they cannot socially distance in schools, a source told the PA news agency.

Following the decision in Scotland, Geoff Barton, general secretary of the Association of School and College Leaders, said parents, pupils and staff needed reassurance from the Government.

“It would be prudent in the light of the decision in Scotland over face coverings in schools, and the recent guidance by the World Health Organisation, for the Government in Westminster to review its existing guidance that face coverings are not required in schools in England, and provide clear direction one way or another,” he said.

“We have two concerns. First: parents, pupils, and staff, will be anxious about the situation and need reassurance from the Government about the public health basis for its policy over face coverings in England, rather than it being left entirely to schools to explain the Government’s rationale.

“And, second: if there is going to be any U-turn by the Government that it does this sooner rather than later, because the start of the new term is imminent.”