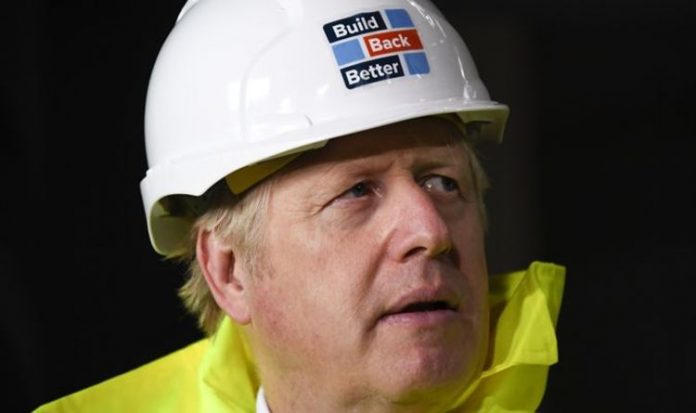 The Prime Minister was temporarily admitting into intensive care earlier this year after contracting COVID-19. He later praised the NHS nurses and doctors who looked after him, saying: “I owe them my life.”

The Queen’s Birthday Honours are due to be revealed on Saturday this week, with a long list of around 200 ‘Covid heroes’ set to be among those named.

It is thought the group of around 6 medical workers from St Thomas’ Hospital where Mr Johnson was treated will be included in this according to the Telegraph.

In a statement ahead of the honours, the Prime Minister said the COVID-19 pandemic has been “the greatest health challenge in our lifetime.”

“As we all redouble our efforts to control the virus, protect the NHS and save lives this winter, I am pleased we have an opportunity to recognise those who have given so much to this country already.

“We owe them a debt of gratitude and the 2020 Queen’s Birthday honours will be the first of many occasions where we can thank them as a nation.”

The Queen’s Birthday Honours list this year was due to be published around June, which is the usual time.

READ: Boris Johnson: PM under pressure from Tory rebels over covid rules – Have YOUR say

The list comes after Boris Johnson’s fiancée Carrie Symonds revealed the two named their then-newborn son after two of the doctors who helped save the Prime Minister’s life.

The couple’s son is called Wilfred Lawrie Nicholas – with the latter part named after doctors Nick Price and Nick Hart.

Last week, Foreign Secretary Dominic Raab revealed he was “really worried” about the Prime Minister after he was put into intensive care with COVID-19.

Mr Raab, who temporarily stepped in for Mr Johnson, said at the Conservative Party conference coronavirus “nearly took the life” of the Prime Minister.

He added: “But I always had faith that with the outstanding NHS care he received and his fighting spirit, he’d pull through.”

In the UK, the Queen has the sole right of giving people titles of honour.

Honours include MBEs, OBEs, CBEs and more, and they can be conferred for a number of reasons.

These are usually given out twice a year – once in the New Year’s Honours List and once on the Queen’s official birthday.

It is this latter list that will be revealed on Saturday after months of delay.

Honours can also be recommended by anyone to anyone in the government’s honours website, so those who are not publicly known may also receive one.