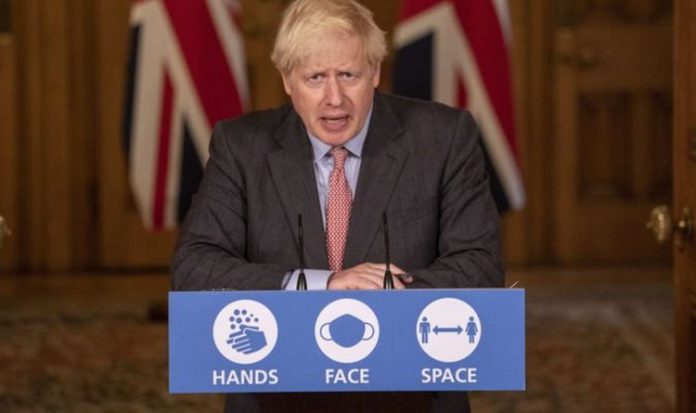 Prime Minister Boris Johnson has addressed the nation several times this year from Downing Street, revealing policy changes intended to stem the tide of COVID-19. His first address in March kicked off lockdown, and various following debuts changed and clarified the situation. Now the full countrywide lockdown has receded, the country has entered a much more contentious period, with an increased need for clarity, but the Prime Minister only makes fleeting appearances.

When will Boris Johnson address the nation again?

The UK has entered a second wave of COVID-19 in the last two months, and cases have now passed 10,000 for several days.

Ministers have recently hinted of new, harsher restrictions next week directed at northern England which may close down pubs.

As such, the country is in dire need of straightforward messaging and a concrete plan of action, but the policy has so far caused confusion.

Even the Prime Minister has seemed unsure about the latest rules in recent televised interviews, and he has refrained from committing to daily addresses.

But he recently hinted a return to his former regular scheduled programming.

He took to the 10 Downing Street podium on September 30 for the 100th Government address last month.

After delivering the latest data and explaining the rules alongside Chris Whitty and Sir Patrick Vallance, he suggested there was more to come.

People need the Prime Minister and his cabinet to do the same right now, as the regional COVID focus breeds confusion from local leaders.

Mayors met news of the latest potential restrictions with fury, stating they had received “no discussion” with ministers.

Rumours suggest officials will direct the restrictions at Liverpool, Manchester and Newcastle, affecting millions of people.

But the leaders heard about the news from papers rather than Westminster.

Angela Rayner, deputy leader of the Labour Party and MP for Ashton-under-Lyne in Tameside, Greater Manchester was among those speaking out against the lack of transparency.

She said: “An utter disgrace that millions in the North are finding out about further restrictions via leaks to newspapers or on journalists’ Twitter feeds.

“We need clarity, not more opaque briefings. The Government has not learnt from its mistakes and is treating people with contempt.”