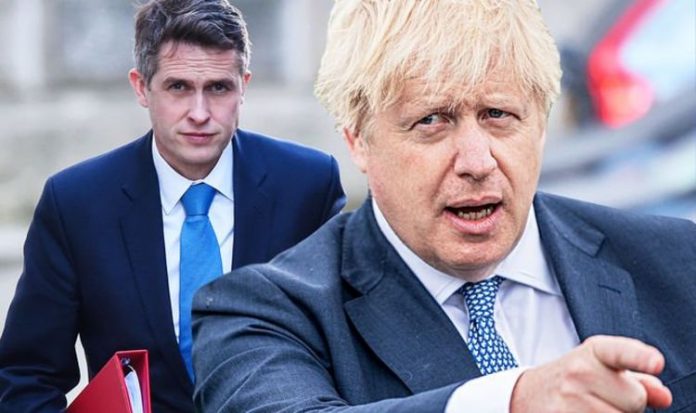 A-level and GCSE students in England have now been given grades estimated by their teachers, rather than by an algorithm, after a Government U-turn. The decision came after about 40 percent of A-level results were downgraded by exams regulator Ofqual, which used a formula based on schools’ prior grades, sparking nationwide uproar. Ofqual chair Roger Taylor and Education Secretary Gavin Williamson apologised for the “distress” caused.

In a statement, Mr Williamson acknowledged the “extraordinarily difficult” year for students, after exams were cancelled due to the coronavirus pandemic.

He said the Department for Education had worked with Ofqual to design “the fairest possible model” but it had become clear that the process of awarding grades had resulted in “more significant inconsistencies than can be resolved through an appeals process”.

He added: “I am sorry for the distress this has caused young people and their parents but hope this announcement will now provide the certainty and reassurance they deserve.”

Despite many calling for the Education Secretary to resign, Downing Street maintains the Prime Minister has full confidence in him.

However, this latest example of backtracking has led some commentators to wonder if it will make Prime Minister Boris Johnson more cautious of risking the debacle of no deal and perform a U-turn on Brexit.

Eurasia group analyst Mujtaba Rahman wrote on Twitter this week: “Is there a silver lining to the A-level fiasco? As questions of competence circle Downing Street, Boris Johnson could be less gung-ho and less willing to contemplate no UK-EU deal.”

Professor of Organisation Studies at Royal Holloway Chris Gray, though, claimed this scenario is not all plausible.

He recently wrote in his blog: “Whilst it’s true that there is now a repeated pattern of this Government underestimating or ignoring complexities and having to U-turn as a result, because Brexit is such a central and defining policy it is highly unlikely to carry over into that.

Speaking during his regular press conference, the EU’s chief Brexit negotiator Michel Barnier said last week: “Too often this week it felt as if we were going backwards more than forwards.

The next round of negotiations will begin in London on September 7.