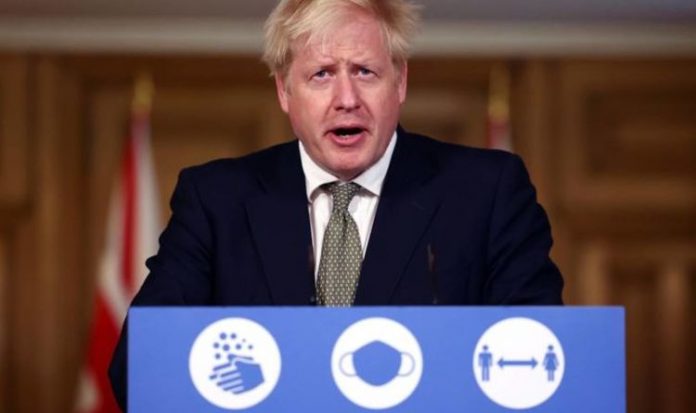 A senior source said that the government believes it has “reached the limit” with lockdowns and “will need to ease restrictions over Christmas.” They suggested that discussions in Boris Johnson’s top team have come to the conclusion that “there cannot be a third lockdown” and while “more areas will go into tier 3 [restrictions]” in the short term, the government is going to need to start easing them. They said: “It is going to be very hard to expect people to not see their relatives at Christmas and there is a real risk people will not follow the rules.”

The private admission comes as a group of 80 Conservative MPs representing seats across the north of England are preparing to write to the Prime Minister demanding “a clear road map out of the tier 2 and tier 3 restrictions.”

With patience over hospitality businesses being driven to the brink waring thin, the Northern Research Group, led by former Northern Powerhouse minister Jake Berry wants the government to explain how it intends to lift restrictions and in what circumstances.

The Northern Research Group also wants a recovery plan for the north to help tackle the problems caused by coronavirus and an infrastructure plan to deliver the levelling up agenda promised in the election.

Mr Berry pointed out that Mr Johnson’s “compelling vision” for levelling up was at the heart of “largest group of Conservative MPs in the north for a century” in December.

He said that the letter to the Prime Minister was about how “the Conservatives can permanently replace Labour as the party of the north.”

Meanwhile, a petition in Wales has already gained thousands of signatures demanding the end to Labour First Minister Mark Drakeford’s decision to a ban supermarkets selling non-essential items during the 17-day firebreak lockdown.

The Welsh First Minister has come under fierce criticism as he implemented a ban on so-called non-essential items including clothes, books, kettles, cleaning equipment and birthday cards but excluding alcohol.

The petition had received more than 17,000 signatures by Saturday afternoon.

“We do not agree that this is a prudent or rational measure, and will create more harm than good,” it stated.

“We do not agree for example that parents should be barred from buying clothes for their children during lockdown while out shopping.

“This is disproportionate and cruel and we ask that the decision be reversed immediately.”

READ MORE: If British Covid rebellion spreads no power in the world will stop it

A senior source said that the government believes it has “reached the limit” with lockdowns (Image: GETTY)

Mr Drakeford, a former ally of Jeremy Corbyn, said that stopping supermarkets from selling non-essential items was “a straightforward matter of fairness” as hundreds of high street businesses had been forced to close.

But Andrew RT Davies, shadow health minister of the Welsh Conservatives, called for the ban to be “dropped immediately”.

“I have never witnessed such a fierce backlash against a decision from the Welsh Labour Government,” Mr Davies said.

“This ludicrous ban has caused real anger across Wales and it’s not fair on those staff working in our supermarkets, and the general Welsh public who are already at their wit’s end with a difficult fortnight looming.”

Opposition leader Paul Davies has written to the Presiding Officer of the Welsh Parliament calling for members to be recalled to discuss the ban.

In a statement alongside the letter, Mr Davies said: “It is madness that people have been banned from buying books, bins and baby clothes in local shops.

“The Welsh Labour-led Government may not think these items are essential, but many will beg to differ.

“The Wales-wide lockdown is disproportionate, unnecessary and biting our economy hard. I’d rather see people being able to buy items in shops in their communities that provide employment to local people than see millions spent at online internet giants.”

He said the petition is a “clear sign” that people want the rule to be “scrapped immediately and the Welsh Parliament must meet to resolve this matter as soon as possible”.

There was also continuing confusion in Scotland where Scottish separatist First Minister Nicola Sturgeon has introduced a five tier system to differentiate from the three in England coming in at the beginning of November.

Ministers have told the Sunday Express that the “chaos” in Wales has underlined why there will not be a circuit or fire break in England.

“We are just going to let this one play out and let Labour get out of their own mess,” one senior government figure said.

The UK saw another rise in coronavirus cases on Saturday (Image: EXPRESS)

The row over what to do during the festive Christmas period was underlined yesterday after controversial Professor Neil Ferguson, whose estimate of 500,000 deaths brought about the first national lockdown, suggested that “loved ones will die” if families are allowed to mix during the season of goodwill.

Professor Ferguson said it was a “political judgment” whether restrictions on households mixing should be relaxed over Christmas.

“It risks some transmission and there will be consequences of that. Some people will die because of getting infected on that day,” he told BBC’s Today programme.

Legal cases showed that people are now willing to take the risk to flout the rules.

The organiser of a party in Manchester, attended by more than 50 people on Friday, has been handed a £10,000 fine for a “blatant disregard” of Covid-19 regulations.

A “lock-in” wedding, with an estimated 250 guests, tried to hide the event by closing shutters at the front of the building, police have also said.

MPs representing seats across the north of England are preparing to write to Mr Johnson (Image: GETTY)

The organisers of last Sunday’s event on Old Kent Road in London are also being considered for £10,000 fines by police.

Demonstrators called for an end to the “tyranny” of pandemic restrictions and voiced their opposition to vaccines.

The Met Police confirmed 18 people were arrested for assaults on officers, breaching coronavirus regulations, violent disorder or already being wanted.