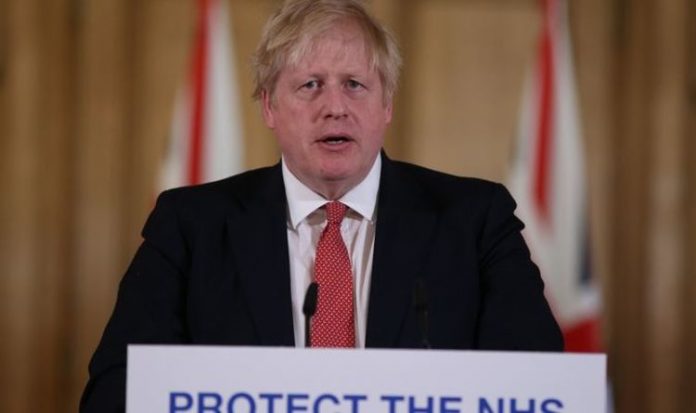 Mr Barton questioned whether the Prime Minister was the right person to be discussing the moral duty to reopen schools. Mr Barton told LBC’s Iain Dale that leaders of schools and colleges, alongside governors will have to make decisions on reopening schools if the Government fails to issue clear guidance.

Mr Dale asked: “You represent headteachers all over the country, what are they saying to you?”

Mr Barton replied: “This morning they will be saying that they are not sure the Prime Minister is the person to be give them a lecture about moral duty.

“First of all they have gone out of their way to keep schools open for priority pupils and they have worked with the guidance from the Government which has been changing sometimes by the day in order to have their schools ready.

“I think if you want to see leadership you look to schools and colleges leaders and that is where it has resided.

“Ultimately, if the guidance isn’t clear then you as leaders of your schools and colleges with your governors on behalf of your communities make a decision.”

Earlier this week, the Schools Minister confirmed that all children will return to education in September including in areas under local lockdown.

Nick Gibb told Sky News: “We’re very clear that all children will be returning to school in September, including in areas of local lockdown such as Greater Manchester.

“It is hugely important for children’s education, for their wellbeing, that they do return to school and schools are working enormously hard in preparation for September to make sure that the risk of transmitting the virus within the school environment is kept to an absolute minimum.

Worldwide there have been more than 19.9 million COVID-19 cases.

More than 12.8 million people have recovered from the coronavirus across the globe.

The US has the most COVID-19 cases in the world with more than 5.1 million.