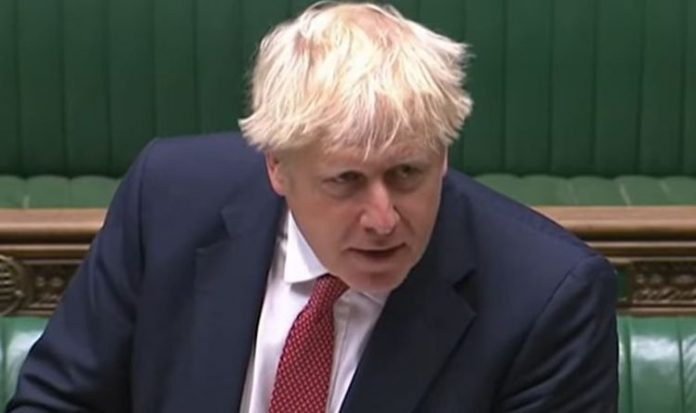 Northern Ireland Secretary Brandon Lewis admitted that the Prime Minsiter’s reported bid to override parts of his Brexit deal breaks international law. It comes as Boris Johnson’s chief Brexit negotiator, David Frost, has declared that this week is “make or break” if the UK is to avoid no deal at the end of the transition period. Chairman of BrexitWatch and former Brexit Party MEP, Ben Habib, urged the British leader to “denounce and be done with” his Withdrawal Agreement.

“Ever since the deal was first revealed, I’ve said that Northern Ireland effectively is being left behind in the EU, bereft from the UK.

“Here we have Boris Johnson now effectively admitting it, and finding that his hands are going to be very tightly tied on it.”

He continued: “I absolutely welcome his attempt. I think he’s got to be a heck of a lot bolder than he is being.

“There’s no point tinkering with aspects of the Northern Ireland protocol.

“There is not a single thing in that withdrawal agreement which is to the UK’s benefit.

“That deal was negotiated when Britain had its back to the wall, when we were effectively in a constitutional crisis.”

Brexit talks have resumed for the eight round now but tensions were high over the UK Government’s plan to change the nature of Northern Ireland customs arrangements, which many argue is overriding the withdrawal agreement.

Mr Lewis claimed the move was about guaranteeing unfettered access for Northern Ireland.

However, EU Chief Negotiator Michel Barnier warned that respecting the Irish protocol is vital for peace and future partnership.

Number 10 has said that it is still committed to implementing the withdrawal agreement.

Downing Street stressed its commitment to the Brexit divorce deal and the Northern Irish protocol that were designed to avoid the need for a hard border on the island on Ireland and agreed with the EU last year.