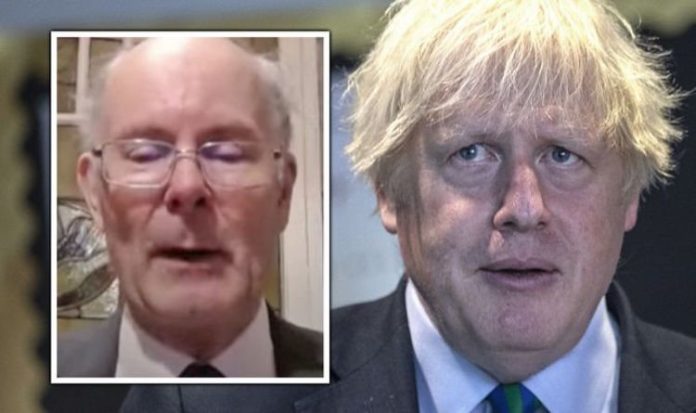 Nicola Sturgeon has confirmed the SNP will make the case for a second Scottish independence referendum at the 2021 Holyrood elections to Boris Johnson’s dismay. The First Minister, who’s party is on course for a landslide victory in the May vote, called the election, “the most important in Scotland’s history”. Polling expert, Sir John Curtice, spoke to Jonathan Saxty on BrexitWatch about data on support and opposition to independence now, compared to the 2014 referendum.

He said: “If you take the average of the last half dozen opinion polls on the subject, June through to August, yes is at 54 and no is at 46.

“Yes is now consistently ahead, and those figures come from three different polling companies who have all spotted the same thing.

“This is the first time in Scottish polling history that support for independence has consistently outpaced support for the Union over a fairly extended period of time across a number of polls.”

Sir John continued: “To that extent, we are in uncharted territory.

“There are two things that lie beneath this, one of which I have to say to you straight away is uncomfortable for those who are in favour of Brexit.

“Scotland, of course, voted to Remain. Initially, despite the expectations, that decision did not change the aggregate numbers.

Ms Sturgeon has pointed to not just Brexit, but the election of the Conservatives, the handling of the coronavirus pandemic and the issue of devolved administrations as reasons for Scotland to secede from the Union.

The SNP are expected to win over 53 percent of the constituency vote in the Holyrood election, according to a commissioned Panelbase poll.

Panelbase also found that support for Scottish independence now stands at 54 percent compared with 46 percent support for the Union, as Mr Curtice had said.

The First Minister will have to request the UK Prime Minister to hold another referendum. Boris Johnson has repeatedly said there will not be another Scottish independence vote.