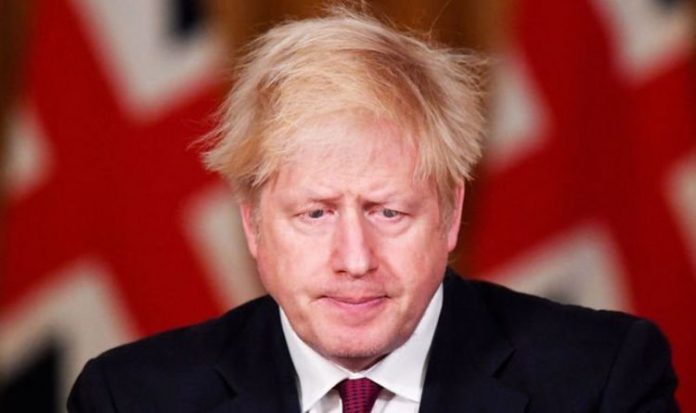 And Independent SAGE’s Dr Kit Yates also said it was possible cases in the region were driven up by commuters into London who were bringing the virus back with them. Meanwhile, one Essex MP likened mass recklessness to sending the troops over the top at 10.30am on Armistice Day 1918, urging the public to be sensible and patient.

Boris Johnson today bowed to mounting pressure by announcing tough new restrictions and social distancing measures for London and the Home Counties in a bid to contain a new “mutant” strain of the coronavirus.

In Essex, almost every area has recorded a significant increase in caseload, with the total number rising to 4,547 in the seven days up to 10 December.

Specific areas of the county continue to be a concern due to their high rates, including Basildon which had a rate of 648 cases per 100,000 as of Thursday, and Epping Forest, with a rate of 445.

John Baron in the House of Commons (Image: PA)

Dr Yates, who as well as being a member of the advisory group, is a Senior Lecturer in the Department of Mathematical Sciences at the University of Bath and co-director of the Centre for Mathematical Biology at the University of Bath, told Express.co.uk: “There isn’t enough evidence at the moment to suggest the rises in the South East are being caused by a new more transmissible strain of the virus.

“Some people have suggested that densely populated London is driving the rises in the region and that it’s commuters from these other regions in the South East who are taking the virus back home with them, but this is just a hypothesis.”

Dr Yates added: “It’s important to note that the rises in cases aren’t restricted to the South East.

“In fact, cases are rising across all regions of the country.

“There could be a number of reasons behind this.”The forthcoming Christmas relaxation could have meant that people have let their guard down early.

Dr Kit Yates suggested some people may have dropped their guard in anticipation of a vaccine (Image: GETTY)

“It’s possible that the good news about the vaccine has meant that many people have relaxed with the thought that salvation is just around the corner.”

Unfortunately it is going to take a long time to vaccinate even just the vulnerable sections of society, let alone everyone, so we need to double down on our efforts to slow the spread of the virus.

“Much of the south east, together with London, is now in a new Tier 4 category in which people are required to stay at home with limited exceptions.

Speaking before the announcement, councillor John Spence, Essex County Council’s Cabinet Member for Adults and Health, said: “The latest Covid figures for Essex do not make for positive reading and the severity of the situation has been further reinforced this week by the Government’s decision to move most areas of the county to Tier 3.

“I know this latest news has been extremely disappointing for lots of people and we are continuing to do everything we can to manage this.

“However, for any action we take and the measures we put in place to be as effective as possible, we need every resident in Essex to continue playing their part too.

“This means continuing to follow the guidelines around social distancing, hand-washing and wearing a face covering, as well as working from home wherever possible.

The new measures are in response to a new, more virulent strain (Image: GETTY)

“These actions are more critical than ever as we approach the easing of restrictions over Christmas.”

John Baron, Tory MP for Basildon and Billericay, told Express.co.uk: “I support both the Government and Essex County Council in responding to the high and rising coronavirus infection rates locally – the first duty of government is to save lives.

Mr Baron, a former Captain in the British Army, used a military metaphor to illustrate his point, adding: “Relaxing our guard now as the vaccine programme is underway would be like sending the troops over the top at 10.30am on 11th November.

“The new strain is being studied, but at the moment there does not seem to be any indication that it leads to more serious illness or that it should cause a problem for the vaccines.”