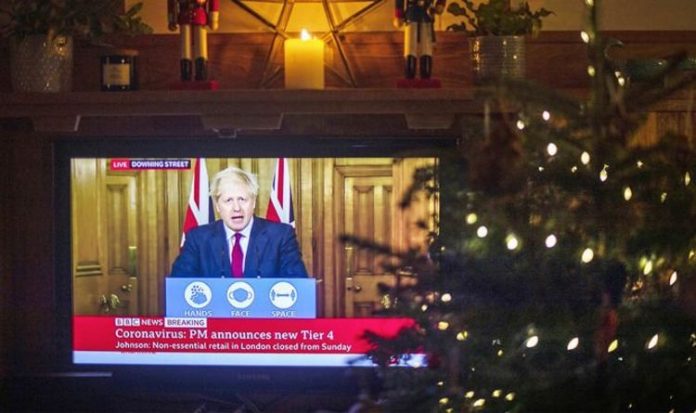 But in a devastating blow for families up and down the country, Mr Johnson says he has been forced to upgrade the Christmas rules as a result of the new strain.

The current lockdown restrictions were due to be lifted from December 23 to 27, allowing up to three households to meet indoors to celebrate Christmas together.

Now, however, the rules have changed.

During the last two weeks, UK case rates have increased by more than 50 percent.

the East of England and the South East are rising quickly.