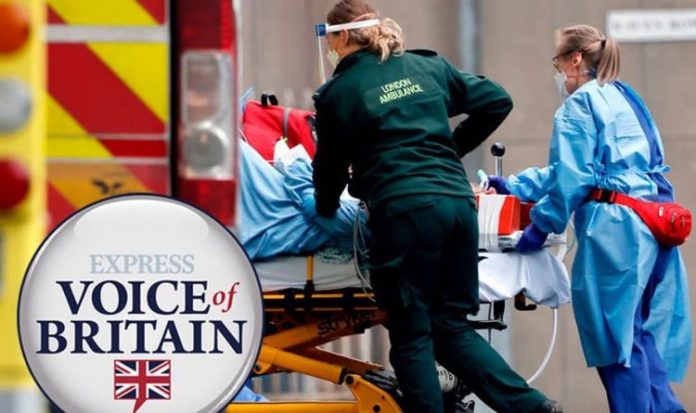 The Prime Minister hinted tighter restrictions could be just around the corner amid fears the current measures are being flouted by too many people. Tougher restrictions could involve scrapping support bubbles, making facemasks compulsory outside and imposing limits on daily exercise.

And an exclusive Express.co.uk poll has found more than half of readers would back the introduction of new measures.

It found 43 percent (1,167 people) would not support proposals to tighten the restrictions further while 1 percent (27 people) were unsure.

One reader said: “Boris should put the military on all streets patrolling before this pandemic kills everyone and those doubting the Covid should spend a day on several Covid wards!”

Another said: “Even if he put us under house arrest the Covid idiots would still ignore the rules.

“The rest of us who doing as he asked are paying the price for their stupidity.”

And another reader said: “For the vast majority of us there is no need.

“The requirements for subduing the virus are very simple and any confusion in the minds of the deniers is down to childish petulance and arrogance.

“Any further tightening up won’t affect my behaviour but it will the fools still spreading the problem.

“They are the ones who need to be brought into line by the law of the land.”

Some readers urged a less draconian approach to tackling the pandemic.

One said: “The only report on the subject published in UK say lockdowns kill 90% more than they save. And guess what? They trash the economy.

“He should resign and stop publishing corrupted figures.”

The poll results came as Mr Johnson visited a vaccine centre at Ashton Gate Stadium in Bristol while infections rates continued to soar across several parts of the country.

The Prime Minister said: “We’re going to keep the rules under constant review. Where we have to tighten them, we will.

“We have rules in place already which, if they are properly followed, we believe can make a huge, huge difference.”

He said: “In supermarkets, people need to be keeping their distance, making sure that they’re wearing masks, doing the right thing.

“We need to enforce the rules in supermarkets. When people are getting takeaway drinks, in cafes, then they need to avoid spreading the disease there, avoid mingling too much.

“Now is the moment for maximum vigilance, maximum observance of the rules.

“Of course, if we feel that things are not being properly observed then we may have to do more.” 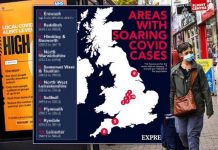 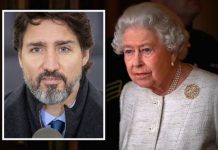