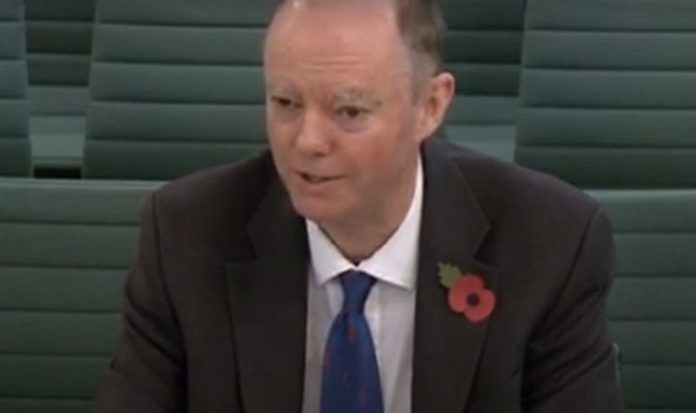 Chief Medical Officer Chris Whitty issued a warning to anyone attempting to put definitive dates on the end of lockdown measures. During a meeting with the Commons science committee, Mr Whitty insisted it was not wise to put exact dates on the relaxing of measures, hinting that the second lockdown may exceed the set date of December 2 despite Boris Johnson’s claims. He noted that the projections and data used to formulate strategies would show trends and not exact dates when change could be seen.

He said: “Putting exact dates on these things is nearly impossible.

“Neither Patrick, nor I, nor anyone who is advising Government would say this is definitely going to happen on this date.

“I think people who give this degree of certainty have not understood modelling of this sort, with scenario uncertainty, properly works.”

Mr Whitty added that despite this, due to the R rate being above 1 in many areas it was important the Government took action now.

While he noted that while the projection data does not and should not be used to give definitive dates, it can still help highlight when the Government should intervene.

He also defended the need for a national lockdown as he claimed the data showed that a rising R rate would quickly put a lot of pressure on the NHS.

He said: “The inevitably if your remains above 1, even by quite a small amount, once you have actually got to a high level of bed usage, you have got very little head room.”