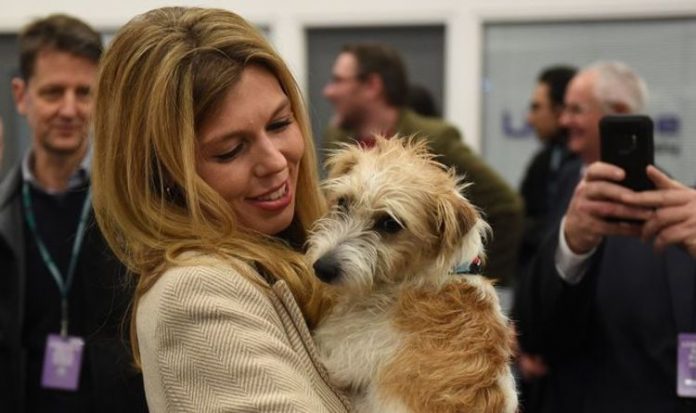 Ms Symonds, fiancée of Prime Minister Boris Johnson, has been hired as head of communications for the Aspinall Foundation. The group focuses on animal conservation and ‘rewilding’ – the act of returning endangered species to the wild where possible.

According to the foundation, the parks are “designed to be breeding sanctuaries” for some endangered species such as African elephants, big cats such as clouded leopards, and monkeys.

READ  The Secretary of State has reappointed Richard Johnston, Paul Cartwright, and Gary Kemp as Trustees for the Theatres Trust.

Ms Symonds’ appointment at the group was confirmed by day Telegraph.

Damian Aspinall, chairman of the charity, told the paper the group is “delighted” to have her on board.

He added: “She’s a passionate champion for wildlife and conservation, whose energy and expertise will be a huge asset to us.”

Ms Symonds has prior experience in communications roles, having previously been head of communications for the Conservative Party which her husband now leads.

READ: Boris should ‘see how I live for a week’ Universal Credit claimant fears £20 uplift ending

Beavers have only returned to England in the last five years thanks to rewilding efforts, having been hunted to extinction around four centuries ago.

However, while conservationists hail rewilding, farmers criticise the idea because they believe new species could harm their land or animals.

At the same time, a trial by the Devon Wildlife Trust in 2020 found beavers could help reduce flooding – something farmers feared they would worsen, the Telegraph said at the time.

Meanwhile, Ms Symonds is also due to continue in her role as an adviser to Oceana – a non-governmental organisation that tackles plastic pollution in the ocean.