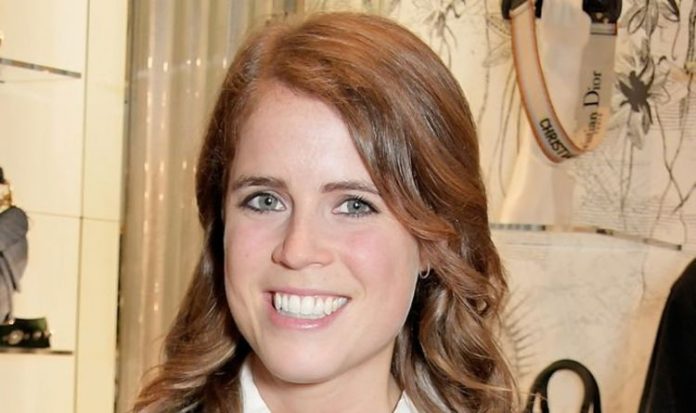 According to the Mail on Sunday, the royal has reserved a place at Marlborough College, which she attended as a student.

Notable alumni from the school include Kate and Pippa Middleton.

In a Talk of the Town editorial, the paper claimed: “The arrival of Princess Eugenie and Jack Brooksbank’s first baby is imminent but I hear the couple have already made moves to ensure the child has a place at Eugenie’s old alma mater, Marlborough College in Wiltshire.

“I’m told the Princess is keen for the child to attend the £39,000-a-year school, whose alumni also include Kate and Pippa Middleton.”

The wedding took place at Windsor Castle’s St George’s Chapel, the same venue used by the Duke and Duchess of Sussex earlier that year.

READ MORE: Princess Eugenie ‘to move back into Frogmore after royal baby’s birth’

It showed two young child’s slippers with the caption: “Jack and I are so excited for early 2021.”

It posted: “Her Royal Highness Princess Eugenie and Mr Jack Brooksbank are very pleased to announce that they are expecting a baby in early 2021.

READ MORE: Princess Eugenie ‘to move back into Frogmore after royal baby’s birth’

Prior to their engagement the couple dated for seven years after meeting at Verbier, a luxury Swiss ski resort.

Jack proposed to Eugenie whilst the couple were on holiday in Nicaragua.

Describing the proposal she commented: “Granny actually knew right at the beginning, she was one of the very few people at the beginning, we left her this weekend and had a lovely time and she was very happy, as was my grandfather.”

The wedding had already been postponed once due to the coronavirus pandemic.