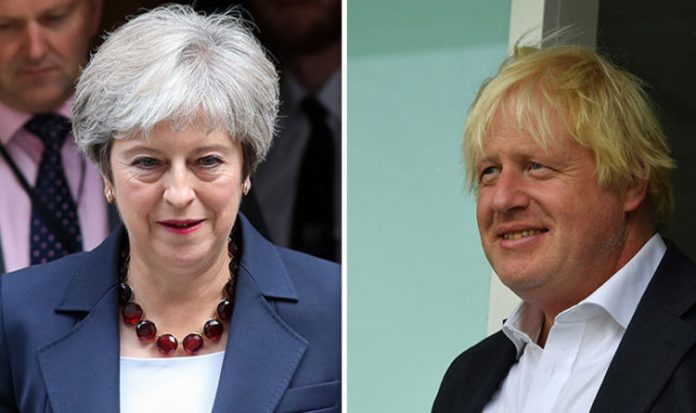 Furious allies claim Mr Johnson will be adversely affected in the shake-up, which could threaten his position in the House of Commons.

The number of MPs is set to fall from 650 to 600, and other MPs in the firing line include former Brexit Secretary David Davis, after his Haltemprice and Howden seat is axed.

One ally of Mr Johnson said: “It all looks a bit convenient.

“Boris is screwed and the Brexiteers are targeted.

“I know they say it’s independent, but we all know what can happen with commissions.”

The new constituency boundaries proposed by the independent Boundary Commission will seek to even up the number of residents in each constituency to make voting fairer.

The commission was set up in 2011 to address the problem of vastly differing population sizes in each constituency.

However, the proposals still need to pass through Parliament and this may not happen if Labour and some Tories vote against them, the Commons Public Administration and Constitutional Affairs Committee has previously warned.

Despite this, the Prime Minister has said that she remains committed to “more equal and updated” constituency boundaries that contain a similar number of voters.

Sam Hartley, the secretary to the Boundary Commission for England, said: “We’ve travelled the country, taken account of over 35,000 public comments and heard many impassioned views about how best to reflect local communities in our recommendations, while ensuring that constituencies are all much more equally represented.

“We’re confident that the map we propose today is the best match of the legal rules Parliament has set us.

“It’s now up to Parliament to decide whether these boundaries will be used in the next general election.”

This bad news for Mr Johnson comes amid his latest scandals, including his alleged affair with former Tory aide Carrie Symonds.

The former Foreign Secretary announced on Friday that he will be getting divorced from his wife Marina Wheeler after 25 years of marriage.

It is believed his wife kicked him out of the family home after accusations of cheating.

He has also been criticised for claiming that Mrs May’s Brexit plans have wrapped the UK in a “suicide vest”.