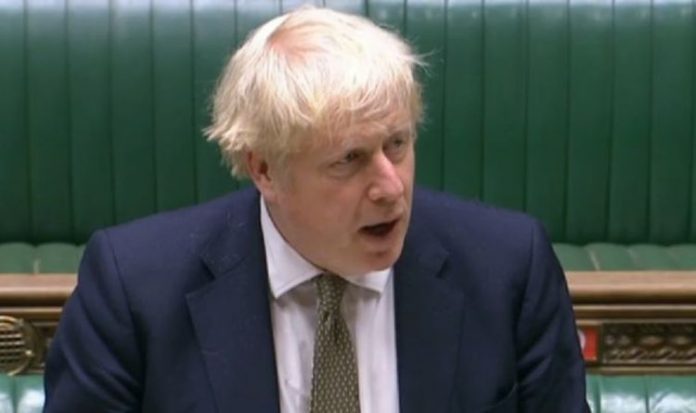 Boris Johnson spoke to the House of Commons at 3.30pm on Monday to give an update on the UK’s current coronavirus status. The Prime Minister insisted that the Government was not in favour of a national lockdown similar to that in March. However, he insisted that more restrictions could be ahead in order to contain the spread of the virus despite the need to stimulate the economy.

Labour Leader Sir Keir Starmer began his reply by insisting he supported the Government’s efforts to address the coronavirus problem however quickly began criticising their strategy.

Sir Keir claimed he was “sceptical the Government had a plan to get control of the coronavirus” in addition to his other doubts.

Mr Johnson quickly retorted that while the Labour Party and its leader remain critical, they do not say what they would do instead.

He said: “In my view, we have had a slight change in tact from the right honourable gentlemen who has hitherto been willing to support the measures this Government has put in place to restrict the spread of coronavirus.

“We now see an equivocation, he wants it both ways.

“He said he supports the rule of six and then his side refused to vote for it.

“He said he is unwilling to support the restriction we placed on hospitality and he continuously runs down NHS test and trace.