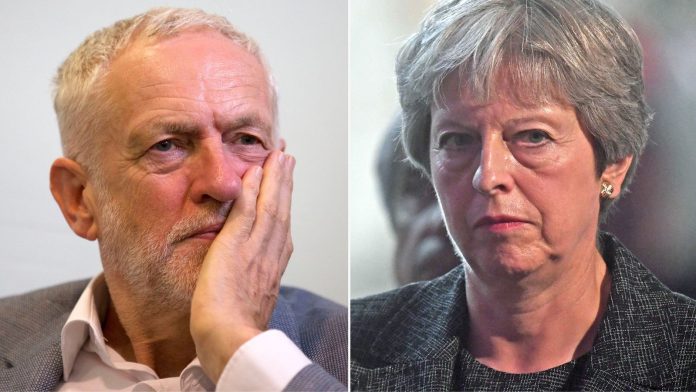 Boundary commissions in England, Scotland, Wales and Northern Ireland are publishing their final proposals for a re-drawing of MPs’ seats on Monday.

The plans will set out how the number of parliamentary constituencies should be reduced from 650 to 600, first agreed under the coalition government in 2011.

Under the plans for a shake-up of England’s seats, Labour leader Jeremy Corbyn’s Islington North constituency would be axed.

Meanwhile, Boris Johnson would see his Uxbridge and Ruislip South seat lose some Tory-supporting areas but gain Labour-supporting ones, potentially posing a challenge to the former foreign secretary.

Both these recommendations remain the same as revised proposals outlined in a report published last year.

Labour has accused the government of an “undemocratic power grab” over the proposals, warning it would be “utterly ludicrous” to push ahead with the plans when MPs could face an increased workload after Brexit.

“With no plans to reduce the number of ministers, the government is weakening the role of parliament and creating unprecedented levels of executive dominance at the expense of backbenchers, when parliament is meant to be taking back control,” said Cat Smith, shadow minister for voter engagement and youth affairs.

Following the publication of the commissions’ final proposals, the government will now have to decide when to bring the plans to a parliamentary vote.

But, as Sky News’ election analyst Michael Thrasher notes, winning House of Commons’ approval for the changes is likely to prove tricky.

Tensions within Britain’s political parties, already high, are set to get higher.

The seventh periodic review of parliamentary constituency boundaries is the unlikely cause.

Last Wednesday, the four independent boundary commissions – one each for England, Scotland, Wales and Northern Ireland – submitted their final recommendations to the government, which are being published on Monday.

Boundary reviews are necessary because of population increases and internal migration. As some places become more populated, their electorate size expands.

The principle of “one vote, one value” is compromised by growing variations in the size of constituencies. A vote in a small constituency counts for more than a vote in a large one.

Parliamentary approval is required before the recommended boundary changes can be implemented. This will prove no simple matter.

The sixth review should have been implemented before the 2015 general election, but was abandoned after splits in the coalition government.

This review may yet face the same fate since it too follows the instruction to reduce the number of MPs significantly.

Their number falls from 650 down to just 600; a rather savage game of musical chairs is guaranteed.

Because most constituency boundaries are altered the territorial claims of sitting MPs are weakened. Neighbourhood disputes await.

The reduction of MPs means all parties lose representation. But some lose more than others.

Labour objects to the changes, understandable given it is the biggest net loser. The Liberal Democrats and the nationalist parties in Scotland and Wales are also against.

The Conservative Party will need every vote it can find in the House of Commons, therefore. That means the support of Northern Ireland’s Democratic Unionist Party.

Previously, this was thought unlikely, but the final report may be slightly better for the DUP.

Divisions within political parties are already evident and the boundary change proposals will only exacerbate the problem.