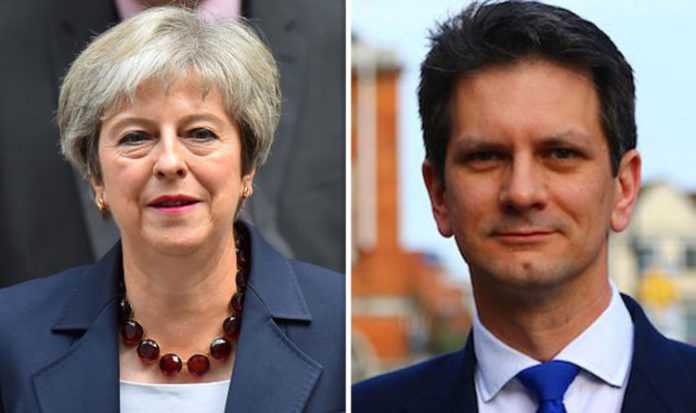 Theresa May is risking a catastrophic split in her party as it has been confirmed that at least 80 MPs are willing to vote against her controversial Chequers plan.

Mrs May’s former Brexit minister Steve Baker has warned the Prime Minister not to continue with her proposals, which Boris Johnson described as a “suicide vest”.

Mr Baker said Mrs May would “lack credibility” if she pressed ahead with the plans.

Speaking to Sky News, Mr Baker said: “When we asked colleagues before we broke up for the summer whether they were willing to protest Chequers in relation to some amendments, there were almost 80 colleagues, something I have put on the record, who are willing to vote in the House of Commons to vote against Chequers.

“That’s why I’ve said on the record that there are those numbers because shouldn’t be under any illusions that the Conservative Party does face a catastrophic split if this plan is pushed through – particularly if it is pushed through with Labour votes.

“About the only thing the Conservative Party has come together around Chequers is that it is unacceptable, unviable and won’t go through.”

He replied: “We want to come together and change the policy and support Theresa May as Prime Minister, driving forward to an advanced free trade agreement, and it is essential that is done.

“The alternative really is a tremendous amount of political crisis and rupture and we trying to avoid that.”

There have been rumours of a potential leadership challenge following Boris Johnson’s scathing remarks on the Premier’s Brexit plans.

Mr Johnson claimed it was a suicide vest and Mrs May had given EU negotiator Michel Barnier the “detonator”.

But Mrs May has been briefing the Queen on progress with Brexit at Balmoral amid claims she wants to stay in Downing Street as long as Margaret Thatcher.

FOLLOW OUR BLOG BELOW FOR THE LATEST BREXIT NEWS

Nicky Morgan, who campaigned for remain, urged Theresa May to appeal to MPs across the political spectrum to come behind a compromise plan for Brexit

Speaking to the BBC Radio 4 Today programme, she said: “I believe that the vast majority of people in the middle, both in the Conservative parliamentary party and the country at large, want to see an ongoing trading relationship with the EU. That is why Chequers was very welcome.”