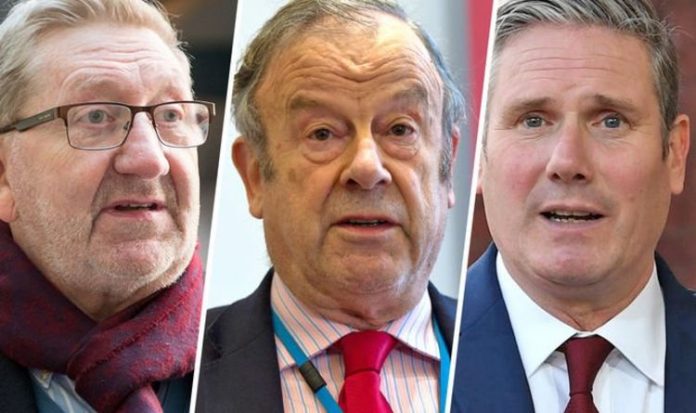 Earlier this month, Britain’s largest trade union decided to reduce its funding to the Labour Party. Unite’s executive council voted to cut its affiliation to Labour by 10 percent, or 50,000 affiliates. It is understood the move could reduce the union’s funding to the party by just under £1million ‒ although Len McCluskey has dispelled this, citing the number to be closer to £150,000.

Unite will instead use the money to fund other organisations, although it stressed it would still remain Labour’s largest trade union affiliate.

Unite has been Labour’s biggest financial donor and Mr McCluskey, the union’s general secretary, was one of the strongest allies of ex-Labour leader Jeremy Corbyn.

However, Mr McCluskey has recently warned new Labour leader Sir Keir over the direction of the party.

Announcing the union’s decision, he said: “Unite is and will remain the biggest affiliate to the Labour Party, something that we are very proud to be. We know that it is this union’s financial support and dedicated activists that help ensure that the Labour Party is not just election-ready but sustained between elections.

“But we also want to use our political funding to support and nurture the newer voices in our movement. There are some very talented thinkers and energetic organisations out there who could do with our assistance – and the Labour Party needs their enthusiasm and ideas too.”

Despite the decision punching a hole in Labour’s finances, in an exclusive interview with Express.co.uk, lifelong Labour Party supporter and donor John Mills revealed why it is actually a blessing for Sir Keir.

The Brexit-backing tycoon said: “I feel much happier with Unite having a smaller position in the party.

“Unite has been a big supporter but I have always had the view that when it comes to financial support, it is not your job to tell the Labour Party what its policies should be.

“Your job is to support its general philosophy.

“It is a dangerous situation when you have trade unions mandating the Labour Party to do this or that.

“Particularly when some of the things Unite wants Labour to do are very unpopular from an electoral point of view.”

He founded Labour Leave, having long been a supporter of the Labour Euro-Safeguards Campaign, and has been Chair of The People’s Pledge, Co-Chair of Business for Britain, Chair and then Vice-Chair of Vote Leave.

Since taking the reins of Labour in April, Sir Keir has been trying hard to restore the party’s electability, distancing himself from Mr Corbyn’s far left and trying to move on from Brexit.

In June, Labour moderates dealt Corbynites a crushing blow, as they installed David Evans, who worked for the party under Tony Blair, as general secretary.

The appointment came after an already wide-ranging Shadow Cabinet reshuffle, which saw a string of Corbynite frontbenchers including John McDonnell, Diane Abbott and Richard Burgon replaced with figures from the party’s soft-left.

Moreover, at the end of July, Sir Keir sacked Rebecca Long-Bailey from the frontbench for promoting an article containing an antisemitic conspiracy theory.

DON’T MISS:
Economic policies Keir Starmer may use to ‘win back the Red Wall [EXCLUSIVE]
Norway highlights EU’s ‘incompetence’ with prompt offensive action [INSIGHT]
How Labour went from being MOST eurosceptic party to pro-EU [ANALYSIS]

His efforts are already proving to be successful as at the end of September, the Labour Party registered its first polling lead under Sir Keir.

The Opinium poll for the Observer newspaper put Labour on 42 percent, with the Conservatives on 39 percent.

Sir Keir also led when voters were asked who would make the best Prime Minister, being the preferred choice for 36 percent of voters compared to 32 percent for Prime Minister Boris Johnson.

The Tories were polling 26 points ahead of Labour in March, but Mr Johnson’s handling of coronavirus, which has claimed almost 42,000 lives in Britain, has seen his popularity plummet.

To make things worse, there appears little relief on the horizon for the Prime Minister as he grapples with another spike in coronavirus cases while trying to avert a collapse of the economy. 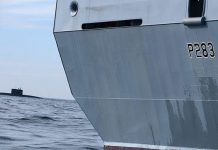