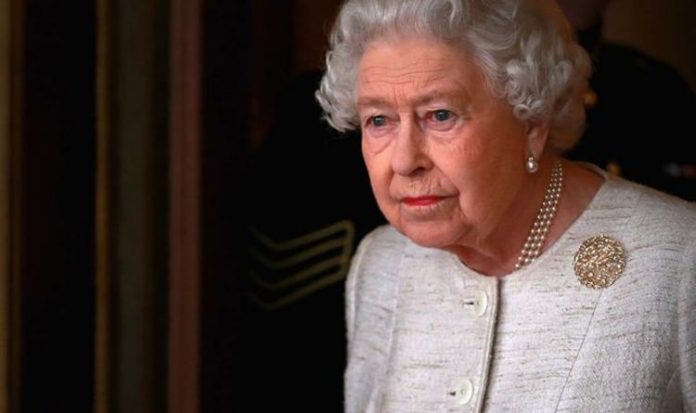 Lakeland, a city counting 112,000 residents in Florida, is selling 36 of its swans in the lottery for £307.58 ($400) each after revealing it is no longer able to care for them. These swans are believed to be the descendants of the pair donated by the Queen in 1957.

Kevin Cook, a spokesman for the city, said the monarch kindly delivered two swans on February 7 of that year after a woman living in Lakeland asked the Queen in an impassioned letter if she could share any of these birds.

The woman’s husband was stationed in the UK with the US Air Force.

Her request was fitting, as Lakeland has been associated with swans for decades.

The city had a number of these birds living in its lake before they were exterminated by alligators and dogs – and it even features a swan as its symbol.

He told the New York Times: “The lake can only handle so many birds.”

More than 60 buyers have already signed up to try and acquire one of the swans.

Only those able to guarantee they will give the swans a “healthy and safe habitat” to live in will be able to strike a deal with the city.

Bob Donahay, Lakeland’s Director of Parks and Recreation, told CNN: “We currently have 80 swans here on Lake Morton to feed and care for, so we are looking to sell around 30 to 40 to ensure proper care for them all.

“We will have a great conversation about who the buyers are and what their plans are for the swan or swans.

“And then we also make ourselves readily available if any of the swans experience medical issues down the road.”

Despite the financial difficulties, the Queen’s swans’ descendants are very well kept by Lakeland.

Every year, the city carries out an “annual swan roundup”, during which it conducts medical checks on the birds.

The Queen owns all the unmarked mute swans in the UK (Image: GETTY)

The Queen’s Swan Marker during the Swan Upping in 2006 (Image: GETTY)

Steve Platt, Parks and Recreation Supervisor, who is known locally as “The Swanfather,” said: “We gather the swans on Lake Morton using catch boats, with our crews setting up a perimeter around the lake to help keep the swans on the water.

“It may take a little longer this year because we plan on having a swan sale.”

The Queen owns all the unmarked mute swans – as well as dolphins – in the UK.

The Crown has held the right to claim ownership of all unmarked mute swans swimming in open waters across the country since the 12th century.

This is linked to the fact that, during the Middle Ages, swans were a prized food at banquet and feasts.

Today swans are no longer eaten and since the 1980s they can no longer be killed by hunters.

The ownership of the Queen grants these birds even more protection.

Their health is monitored by the Queen’s Swan Marker, who checks the wellbeing of the local population, advises organisations about these birds’ wellbeing and works with swan rescue groups.

The Swan Marker also organises the annual event of Swan Upping on the River Thames.

The Queen was crowned during the summer of 1953 (Image: GETTY)

During this ceremony, swans are rounded up, caught, ringed and then released to monitor their population.

Besides the Queen, there are three organisations in the UK allowed to own swans.

Since the 14th century, the Abbotsbury Swannery has held rights on these species.

The Vintners and the Dyers acquired it during the 15th century.

However, the Queen is the only person owning the unmarked mute swans in the UK.