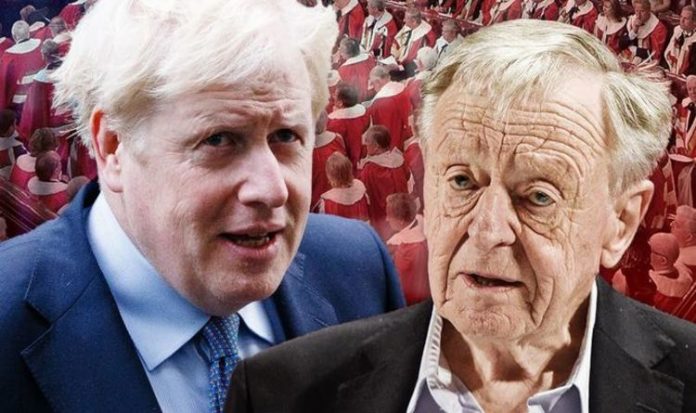 Sources close to Home Secretary Priti Patel say “there is a real danger” that Remainer peers block the immigration bill for a third time on Monday. The move would be almost unprecedented because the unelected Lords usually allows government legislation which was in an election manifesto to pass after its amendments are initially rejected or accepted. But it is understood that peers, who are overwhelmingly anti-Brexit, are using amendments on asylum put forward by Lord Dubs as an excuse to hold up the legislation.

In a sign of the anguish in government circles about the “political games” being played by peers, Home Office source said that if Lords move to block the bill again the Home Secretary “will go tonto”.

The source said: “We don’t know where they are with it but there is a real danger they will send the bill back to the Commons again.

“That means that it will not be possible to end freedom of movement with the EU in time for the end of transition and you have to wonder if this is the real motive given that we have a separate asylum bill coming soon which Lord Dubs can try to amend.”

He said: “The Immigration Bill which secures this reality is being voted on in the House of Lords on Monday and could be signed into law as soon as this week.

“This significant and historic piece of legislation will finally give the UK control to determine who comes in and out of our country for the first time in decades.

“It will be firmer because we will have control of our own borders and be able to decide who comes into the country.  We will be able to prioritise and invest in those people already in the UK, upskilling our current work force rather than bringing in more people from abroad.

“It will be fairer because we will treat people based on the skills they have to offer and the contribution they can make to the UK, not where they come from.

“It is what the British people voted for.”

He insisted that the bill will restore confidence in the immigration system which has been undermined by the open border with the EU.

He said: “An open door will be replaced with a new firm and fair points-based immigration system where we welcome the top talent from around the world to contribute to our economy and help drive the UK forward.

Our points-based system will encourage employers to focus on training and investing in our domestic work force, driving productivity and improving opportunities for individuals, especially those impacted by measures necessary to tackle coronavirus.”