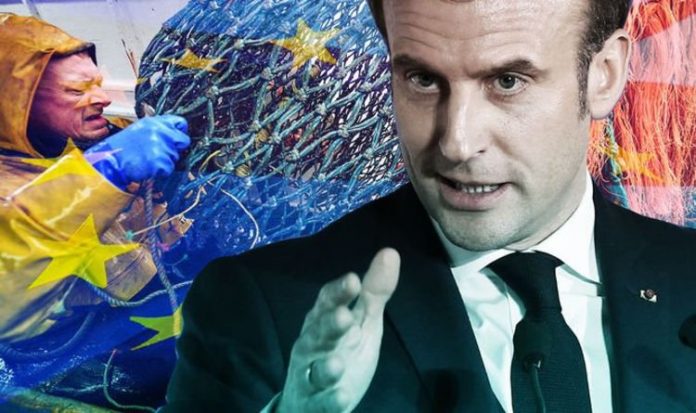 The French President was warned that Brexit could hurt fishermen south of the Channel, especially if a deal between the UK and the EU isn’t reached. A no deal scenario seems more likely than ever after this week of tense negotiations, in which Boris Johnson issued the EU an ultimatum. As the Prime Minister seeks to change the terms of the withdrawal agreement, the UK is focusing on the Northern Ireland protocol to try and break the deadlock. But Brussels and London have also rowed over fisheries, as EU negotiator Michel Barnier warns the UK will be excluded from European markets if the bloc is unable to access British waters.

Former Brexit Secretary Steve Barclay warned Mr Macron of this in August last year, while insisting that French coastal communities that are reliant on access to British fishing waters would feel the brunt of a hard Brexit.

He said: “In the event of a no-deal exit, access to UK waters falls entirely within our country.

“That, of course, has a potential impact on the French fishing industry.

“At the same time, about 80,000 tonnes of our salmon, scallops and other seafood products end up on the French table each year.

“You are a significant export market for us.

“The exceptional fluidity of the cross-Channel trade routes supports the fishing industry, just as it does the car industry with its ‘just in time’ supply chains.

“The fluidity sees more than 1,100 trucks cross seamlessly into the UK from the Continent each day laden with car parts.

According to Barrie Deas, CEO of the National Federation of Fishermen’s Organisations, who has expressed concerns over possible French blockades, France currently takes 84 percent of the quota for cod in the English Channel while the UK is allowed only nine percent.

France President Emmanuel Macron promised he would “fight” for his country’s fishermen during Brexit trade talks.