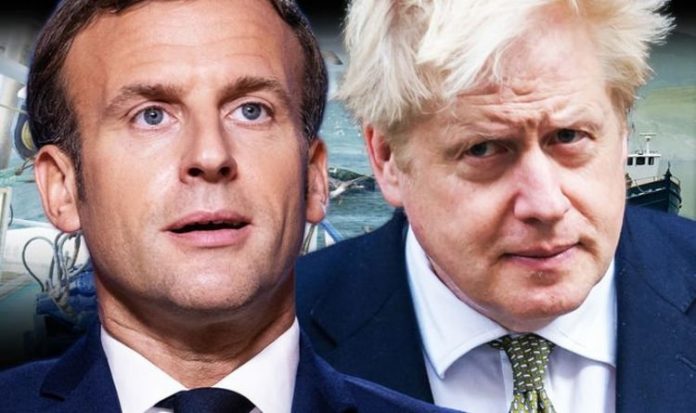 Brexit trade talks have reached a crucial stage as the EU and UK continue their search for a compromise. Brussels has demanded that the UK continue to allow European vessels access to British fishing grounds. The EU’s negotiator, Michel Barnier, has also warned Prime Minister Boris Johnson that the UK must accept a “level playing field” on regulation if a trading relationship is to continue. Last week, the bloc issued a rare sign of encouragement as European Commission President Ursula von der Leyen said there has been “better progress”.

However, the key issue of fisheries could still provide prolonged deadlock as Brussels and London discuss terms.

French fishermen voiced their concerns over Brexit talks last month, warning that without a deal there could be “catastrophe” in France.

German broadcaster DW visited Boulogne-sur-Mer, a major fishing port in France, to ask fishermen how Brexit could affect them.

One fisherman said: “Everything will grind to a halt here, but maybe we can still salvage something.

“I don’t think it will be a death sentence for Boulogne.”

However, another fisherman was less optimistic, warning of a “catastrophe for our lives”.

France and the UK have been sharing fishing waters for centuries, meaning Brexit could represent a seismic shift in relations if there is no deal.

Olivier Lepretre of the French Fishermen’s Association warned that fishermen from coastal nations could be left with congested waters.

Pointing at a map, he showed how French, Belgian and Dutch boats would all be crowded into French waters if English fishing grounds are taken away.

“The Belgian boats, the Dutch and the French.

Mr Johnson said the extension was “a fantastic agreement for Britain”.

He added: “Our negotiators have been working flat out to secure trade deals for the UK and from as early next year we have agreed to start work on a new, bespoke trade deal with Canada that will go even further in meeting the needs of our economy.”

KPMG warned last week warned that the UK’s economic growth could halve without a deal with the EU.

With the country already in a recession as a result of the coronavirus pandemic, the accountancy firm said companies in the UK are not ready for a no deal scenario.

This comes after the Office for Budget Responsibility modelled for a 5.2 percent loss of potential GDP over 15 years if a “typical” free trade agreement was struck.