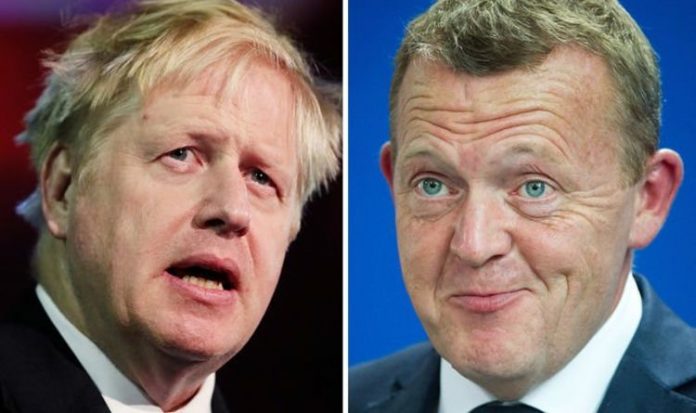 The EU’s chief negotiator Michel Barnier has said he still has the firm belief that a trade agreement with Britain is possible. As talks between the EU and the UK resumed in Brussels on Monday, the French politician briefed ambassadors and MEPs on the state of play, implying the number of key issues blocking a deal had been reduced from three to two: fair competition rules and fishing rights. The tone from Downing Street was also more positive, in contrast to last week’s message from Prime Minister Boris Johnson who said a no deal outcome was a “strong possibility”.

Negotiators are currently tackling the complicated issue of the more than 100 shared fish stocks as the talks enter what diplomats have called “a make or break phase”.

Fishing nations such as France, Denmark, the Netherlands, Belgium and Spain fear Mr Barnier may cave too easily to British demands as talks enter their endgame.

Paris insists the UK red line of annual fishing negotiations is unacceptable but, on the other hand, Britons are not likely to forgive Prime Minister Boris Johnson if he does cave in on Brussels’ demands, as the Common Fisheries Policy (CFP) was a central part in the Brexit campaign.

British fishermen believe UK waters are not only overfished by other EU countries but that the CFP also means they are restricted as to how much they can fish.

As many Brexiteers wonder whether a no deal scenario could really be the only way to get back control of UK waters, a 2017 report on a fishing scandal in Denmark has reemerged.

According to sources at the time, the misconduct should have strengthened the UK’s hand in the Brexit negotiations on the withdrawal agreement.

Three years ago, the Danish government came under fire from the opposition as well as environmental organisations for irregularities in the management of fisheries quotas and its call for criminal investigations into a number of fishing companies.

A report published by the National Audit Office suggested that the ministry’s transferable fishing quotas failed to prevent a limit on the number of so-called “quota kings”.

According to the report, the ministry used incomplete data over a number of years along with incorrect registrations of quota transactions and ownerships.

A day before the release of the report, the ministry of environment and food called on police to initiate an investigation of a number of fishermen and fishing companies in the country.

Oceana Europe’s executive director Lasse Gustavsson said in a statement: “Denmark has allocated the majority of its fishing quotas to a handful of ‘quota-kings’ and the public has every right to be outraged.

“The government and their ministers should serve the public and sustainable fisheries and not the short-term interest of a few industrial fishing companies.”

Henrike Semmler, a marine scientist and policy advisor working for Oceana in Copenhagen, added: “Overfishing is directly linked to the influence of the fishing industry on policy makers, particularly the influence of the so-called quota kings. The modern fishing industry has no longer anything to do with the actual hard work of the individual fishermen, as many of us might imagine. It’s a huge industry that costs a lot of money to maintain and it constantly demands higher fishing quotas despite what scientific advice recommends.

“Overfishing is one of the biggest threats to our oceans because it year by year reduces the number of fish available. It is a threat to marine ecosystems but also to the way of life of ordinary fishermen.”

The scandal claimed the jobs of two high-ranking civil servants.

In an effort to contain the fallout, former Danish Prime Minister Lars Løkke Rasmussen relieved Fisheries Minister Esben Lunde Larsen of his portfolio, citing the EU’s position in the Brexit fisheries negotiations as one of the reasons.

Despite the event, Britain did not end up having its hand strengthened during the Brexit talks.

On the contrary, plans to take back control of the country’s fisheries the moment Britain left the EU had to be abandoned in the face of united EU opposition in 2018.

The Government had to accept that the issue could not derail the deal on the transition.