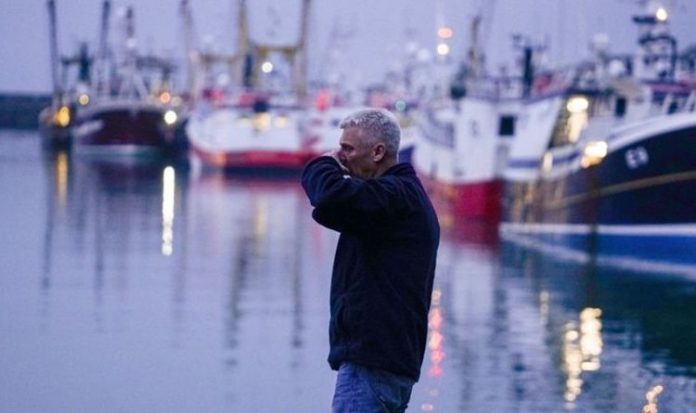 Fishing rights was central to whether a Brexit trade deal could be agreed or not between Britain and the European Union during negotiations. Both sides eventually agreed that 25 percent of EU boats’ fishing rights in UK waters will be transferred to the UK fishing fleet by June 30 2026. But British fishing industry figures felt let down by the deal.

One Cornish skipper told BBC2’s Cornwall: This Fishing Life: “The French and Belgian boats are big modern boats that can fish in most weather any time of the year inside our 12-mile limit up to the six-mile limit which is not right, not in this day and age.”

The six-mile limit is as close as EU boats can fish to Cornish shores but can still operate between the six and 12-mile limit even though it is within Britain’s Exclusive Economic Zone.

Another Cornish fisherman said: “We are not allowed to fish within 12 miles of the French coast or any other coast come to that so why are they allowed to fish to our six?

“And it doesn’t sound like a lot but they spend a lot of time between the six and the 12 miles off the Cornish coast and they catch a lot of fish.”

Another said: “It isn’t right, it isn’t fair. It is if you’re French but not if you’re British or Cornish.

“That’s part of the reason why a lot of fishermen wanted out.

“The fish just being taken across the Channel is fish that British boats could be catching and ultimately more money that the country could be bringing in.”

In the Brexit deal, it was agreed EU fishing quotas in UK waters would be cut by 15 percent in the first year and 2.5 percentage points each year after, and it is estimated that by 2026, UK boats will have access to an extra £145m of fishing quota every year.

The UK fleet can expect quota increases for more than half of the 90 types of fish caught in its waters every year.

But quota shares for some species like channel cod, of which EU boats catch more than 90 percent each year, will remain unchanged.revious access.”

Following the end of the adjustment period on June 30, 2026, annual talks will begin to determine the amount of fish EU fishing boats can catch in UK waters and vice versa.

But the UK then has the power to completely withdraw EU boats’ access to its waters, although Brussels could retaliate by suspending access to its own waters for UK boats or impose costly tariffs on fish exports from the UK to the EU.

Barrie Deas, chief executive of the National Federation of Fishermen’s Organisations, has been an outspoken critic of the post-Brexit trade deal which Boris Johnson signed at the end of last year, arguing it fails to make good on the Prime Minister’s vow to take back control of UK waters.

The Department for Environment, Food and Rural Affairs confirmed “reciprocal access” has been issued for the zone as the fishing transition period takes place.

A spokesman said: “Now that we have left the Common Fisheries Policy, all vessels, regardless of nationality, may only fish in UK waters if they have a valid licence and abide by UK rules.

“During the adjustment period there is reciprocal access to certain parts of the UK’s and EU’s 6-12 mile fishing zones for UK and EU vessels that can prove previous access.”