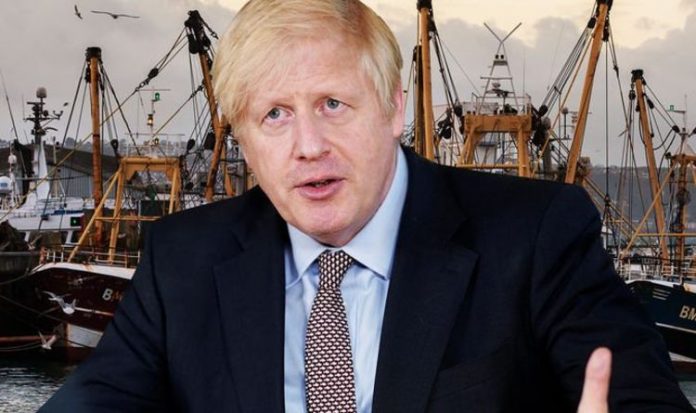 Fisheries have remained one of the main areas of divergence between the two sides throughout talks. If Mr Johnson fails to agree a deal during the Brexit talks, fishermen in remote communities have claimed they will not recover. Scottish fishermen, in particular, warned if the Prime Minister doesn’t agree a deal with the EU, the smaller fleets could suffer tariffs which could decimate fleets.

Skipper in Campbeltown, John Brown told STV: “We need to keep access to our markets in Europe, definitely.

“The fishing is that bad with the prices, the tariffs would end up coming out of the boats as everything else does so it would make it impossible.

“It’s nearly impossible as it is.

“If this keeps carrying on the way it is, there will not be any boats left in the west coast.”

Throughout Brexit talks, the EU has demanded continued access to Britain’s waters.

States such as France, are one of the largest benefactors of Britain’s waters and have, therefore, demanded similar access and quotas shares as to what they have under the Common Fisheries Policy (CFP).

Under the CFP, EU fishermen are given equal access to Europe’s exclusive economic zone, despite the UK’s rich and large coastal area.

Due to France’s need for UK fish, processors in Scotland are also concerned boats may blockade ports or halt UK exports.

Now free from the EU, Lord Frost has demanded the UK must be able to govern its own waters.

In order to solidify the UK’s governance and regulations over its own waters, the Government’s Fisheries Bill is currently passing through the final stages of Parliament.

READ  Treatment of government grant support schemes in business interruption insurance settlements: Letter from the Economic Secretary to the Treasury to the Association of British Insurers

Once given royal assent, the legislation will allow the Government to make provisions to protect the UK’s waters and put forward adequate management functions going forward.

In a landmark deal, the UK also signed its first fisheries agreement with Norway last month.

Under the agreement, the two sides will hold annual negotiations to determine quotas and access.

Commenting on the deal, Environment Secretary, George Eustice said: “I am delighted that a Framework Fisheries Agreement with Norway has been successfully secured.