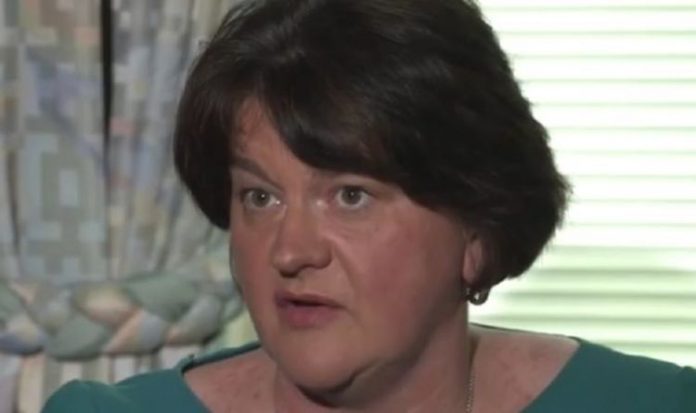 First Minister of Northern Ireland Arlene Foster argued that Boris Johnson’s initial withdrawal agreement has put a strain on the union of the UK. While speaking to Sky News’ Sam Coates, she claimed she had opposed the Brexit withdrawal deal that took the UK out of the European Union in January. She noted that her job now is to mitigate the current circumstances to ensure the union remains united.

“I think it did damage the relationship between Northern Ireland and the Westminster Government.

“I have to recognise the fact that the trade deal is the reality now.

“What I have to do as the leader of unionism in Northern Ireland is mitigate against the damage to the union.”

Boris Johnson has been forced to address the growing push for independence in Scotland by Nicola Sturgeon since the Brexit result.

While speaking to Sky News, the Prime Minister outlined why he believed it is important Wales, Scotland, Northern Ireland and England remain united.

He said: “The United Kingdom is the greatest political partnership the world has ever seen.

“It would be such a shame to lose the power and magic of that union.

“The UK Government’s decision to not seek an extension to the transition period despite the economic problems caused by COVID will cause avoidable harm to many Scottish businesses.

“It is an act of self-sabotage that we simply do not understand but must nevertheless respond to.

“Brexit and the way in which Brexit is being implemented immeasurably strengthens the case for Scotland becoming an independent country with the ability to shape our own destiny.”