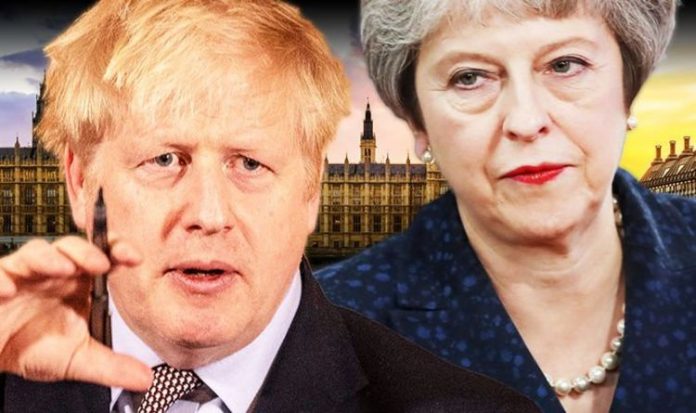 Talks between the UK and EU resume in London this weekend as a deal hangs in the balance. In-person negotiations were suspended when the EU’s chief negotiator Michel Barnier had to self isolate after a colleague tested positive for coronavirus last week. Some reports suggested that Mr Barnier would be unable to go to London as Brussels called on the UK negotiators to alter their stance in talks. It comes as Prime Minister Boris Johnson left isolation after he met with an MP who tested positive last week.

Mr Barnier and UK negotiator David Frost are yet to reach a compromise on three key issues holding up talks – fisheries, state aid and a level playing field.

For the UK to keep access to European markets, Brussels has demanded that Britain keep its fishing waters open to EU fishermen.

The UK must also accept a level playing field on regulation, Mr Barnier has said.

Conservative MP Andrew Bridgen tells Express.co.uk that, as Mr Johnson pushes for a breakthrough, it is his predecessor who has caused most difficulty for the UK.

The MP for North West Leicestershire said: “It’s clear that the Theresa May premiership and her close allies wanted the softest Brexit possible. Brexit in name only.

“That could keep us effectively under the control of the EU, what Brussels wanted.

“It has taken David Frost and his consistent, firm approach to reeducate the EU a lesson they didn’t want to learn in the last 12 months.”

Mr Bridgen hit out at Mrs May and her negotiators, saying that the repeated extensions under her premiership ultimately led to her downfall.

He added: “The EU knew that whenever she set a deadline, she didn’t mean it. That led to the loss of her confidence and subsequently her downfall.

“What Boris Johnson will be very aware of, is that these Brexit negotiations has already cost two Prime Ministers their jobs.

“He will want to make sure that he doesn’t follow David Cameron and Theresa May out of Number 10.”

Mr Bridgen made similar claims to Express.co.uk earlier this year as he criticised the withdrawal agreement Mr Johnson forged with Brussels in January, taking the UK out of the EU.

After MPs rejected the deal for the third time, Prime Minister May wrote to then-President of the European Council Donald Tusk requesting a second extension until June 30, 2019.

The EU27 agreed two options – an extension until June 1 if the UK failed to hold European Parliament elections – or an extension to October 31 if it did.

Then it was Mr Johnson’s turn to secure an extension to the withdrawal deadline, but he was eventually able to pass his version after an amendment to the Northern Ireland protocol.