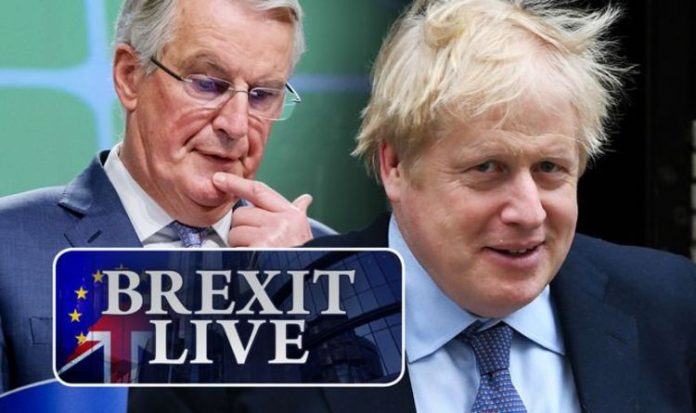 Trade Commissioner for the Asia-Pacific, Natalie Black confirmed the UK is now on track and focused on deepening partnerships with the region. While the EU’s trade negotiator, Michel Barnier, insisted a no deal Brexit is now likely, Ms Black confirmed deals with New Zealand, Japan and Australia are on course to be agreed. Ms Black also confirmed the UK remains interested in joining the Comprehensive Progressive Agreement on Trans-Pacific Partnership (CPTPP). The group consists of 18 members and accounts for 13.4 percent of global GDP.

She told Bloomberg TV: “We are targeting three of our top four bilateral agreements.

“They are all progressing very well and we’ve been quite vocal in our interest on CPTPP.”

Amid negotiations with Japan, Trade Secretary Liz Truss, claimed the UK may well join the group.

Last week, Ms Truss also revealed good progress had been made on the UK’s deal with Japan.

Talks began between the two in June, with a broad agreement on the UK-Japan Comprehensive Economic Partnership Agreement, largely agreed.

Officials from New Zealand and Australian have also claimed a deal could soon be agreed, with further talks scheduled for this month.

While talks with the EU continue to stall, she insisted Britain is now focusing on three of the UK’s top four bilateral agreements in the region.

She also added, the UK is keen to maintain free trade with the region and has been vocal on joining the CPTPP.