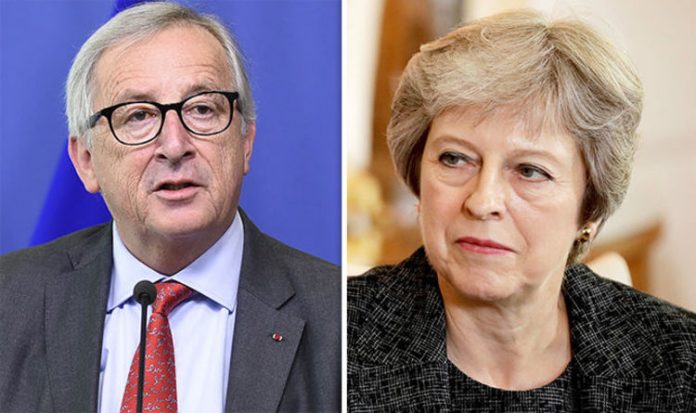 The UK is currently due to quit the EU on March 29 next year, under plans outlined in Theresa May’s landmark Withdrawal Bill.

But in shock remarks, Prof Anheier said a five-year break was needed to avert the impending “disaster” of Brexit.

Raising concerns about the current state of negotiations, he said: “Since the ill-fated 2016 referendum, things have not gone well.

“The UK and Europe now face a precarious, even dangerous, situation in unknown territory.

“The UK is in a deep political crisis, unable to steer the course, and a Brexit gone wrong will be disastrous for all.

“As any sensible bureaucrat can see, ‘keep calm and carry on’ is not the mantra to follow right now.

“Instead, the EU and its member states must reach out to the United Kingdom with an offer: let’s put a moratorium on the current Brexit process.

“Let’s review where we are, what’s gone wrong, and how we can put things right.

Writing on the London School of Economics’ Europe blog, he said: “The answer is certainly not a second referendum.

“It is not clear what this would achieve, as the country would remain divided, and, given the current domestic situation, this could invite even more political brinkmanship.

“A moratorium is one way forward, assuming the current UK government holds. If Brexit happens, let’s get it right.

“The EU should offer the UK a moratorium of up to five years, during which it will remain a member with full rights and obligations.”

Prof Anheier made the comments amid growing concerns that the UK will crash out of the EU without a trade deal.

Earlier today, Theresa May said the British public should take “reassurance and comfort” from Government preparations for a no-deal Brexit.

The Prime Minister did not deny that food and medicines would be stockpiled in case of shortages.

But she insisted the Government was being “responsible and sensible” while still trying to get a good deal with the European Union.

She said: I believe we can get a good deal, but because we don’t know what the outcome is going to be let’s prepare for every eventuality.”