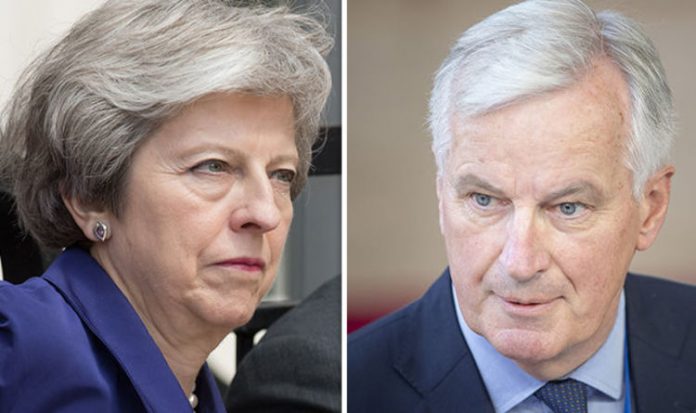 The Prime Minister said she has finally reached a “collective” agreement on the basis of the future relationship between the UK and the EU.

Ministers have signed up to a plan to create a free trade area for industrial and agricultural goods with the bloc, based on a “common rule book”.

However, amid concern from ministers including Brexit Secretary David Davis that the European Commission will reject the plans, the Government agreed to “continue preparations for a range of potential outcomes, including the possibility of ‘no deal”.

The EU’s negotiator, Michel Barnier, who earlier suggested the EU would be willing to change its position if the UK relaxed some of its “red lines”, tweeted his reaction to the Chequer’s meeting on Twitter.

Mr Barnier wrote: “Chequers discussion on future to be welcomed.

“I look forward to White Paper.

” We will assess proposals to see if they are workable and realistic in view of the European Commission guidelines.

“Next negotiations with the UK on Withdrawal Plan and Withdrawal Agreement, week commencing 16 July.”

Over the past year, Theresa May has repeatedly said “no deal is better than a bad deal”, but an increasing number of businesses have warned the Government that a no-deal Brexit would be disastrous.

Jaguar Land Rover (JLR) is the latest company to issue a warning.

This week the car giant warned investment plans for the UK worth £80billion would be threatened by a bad Brexit deal.

In order for the UK to show that walking away from what is on the table is a viable option, the Cabinet agreed today to intensify preparations for a no-deal scenario.

A summary of the agreement reached at Chequers reads: “It remains our firm view that it is in the best interests of both sides to reach agreement on a good and sustainable future relationship.

“But we also concluded that it was responsible to continue preparations for a range of potential outcomes, including the possibility of ‘no deal’.

“Given the short period remaining before the necessary conclusion of negotiations this autumn, we agreed preparations should be stepped up.”

Chancellor Philip Hammond designated £3 billion for “no -deal” preparations in his November budget.

However, at the marathon ministerial summit at Chequers today, the Prime Minister said that she believes the proposal will be “good for the UK and good for the EU.

She added: “I look forward to it being received positively.”

During the 12-hour meeting, Mrs May persuaded her team to unanimously back a 12-point blueprint for Britain’s future relationship with Brussels.

Ministers have signed up to a plan to create a free trade area for industrial and agricultural goods with the bloc, based on a “common rule book”.

The blueprint also included a role for the EU’s Court of Justice as an “interpreter of EU rules” in the UK after Brexit. 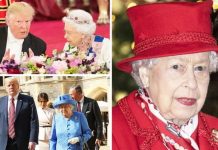