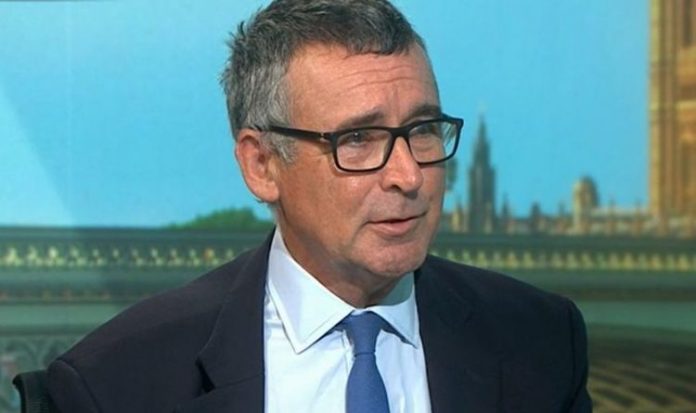 Sir Bernard told BBC Politics Live: “We’re leaving the European Union, and the absolute top line was ‘taking back control of our own laws’.

“What part of that does the EU not understand? This agreement was only meant to be temporary.

“As for the Northern Ireland peace process and the open border, the Government’s always been completely committed to that, and to coming up with systems that will protect the integrity of the EU single market from the open frontier.

“Now if the United Kingdom can find better means of preserving the peace process, the open frontier, than this protocol, which involved oversight by the European Court of Justice, the EU would be wrong to insist upon it.”

Sir John had issued an incendiary statement in response to the Government’s actions.

It read: “For generations, Britain’s word – solemnly given – has been accepted by friend and foe. Our signature on any Treaty or Agreement has been sacrosanct.

“Over the last century, as our military strength has dwindled, our world has retained its power.

“If we lose our reputation for honouring the promises we make, we will have lost something beyond price that may never be regained.”

However, he claimed it would only be “in a very specific and limited way”.

Prime Minister Boris Johnson also defended the idea, saying: “I see the risk that certain extreme interpretations of the Treaty might place to the peace process in Northern Ireland, to the Good Friday Agreement.

“Nobody wants to see a barrier down the Irish Sea.

“So what we’re going is putting a safety net beneath which things cannot go wrong to protect peace and protect the settlement in our united kingdom. That is the purpose of what we’re doing.”