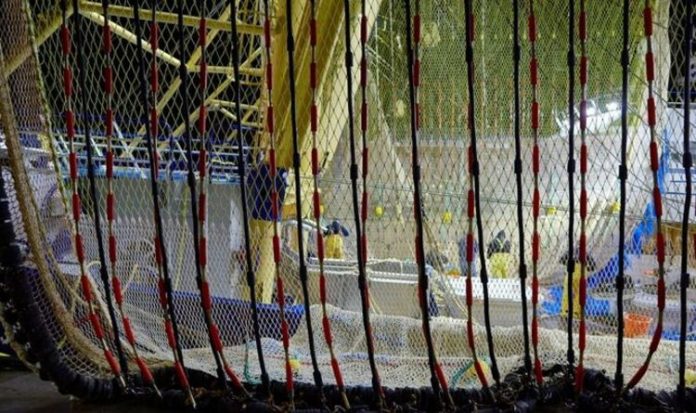 The Government is understood to be considering a ban on the massive vessels which are typically more than 330ft long and have mile-long nets which catch hundreds of tonnes of fish a day. Boris Johnson has already stated he wants to stop the supertrawlers plundering the fishing stocks of the British coast and has ordered officials to examine ways of doing so while sticking to the terms of the post-Brexit trade deal.

The Prime Minister told The Andrew Marr Show on BBC One on Sunday that having left the EU, “we will be able to ban these huge hoover trawlers that hoover up everything off the bottom of the sea”.

But UK fishing industry leaders fear such a ban would not protect the seabed from bottom trawling – widely accepted to be the most damaging form of fishing – and said supertrawlers actually used midwater nets which do not touch the bottom.

Barrie Deas, chief executive of the National Federation of Fishermen’s Organisations, said there was no scientific justification for banning large trawlers and warned the Government could face a court challenge if it tried to do so.

And Jeremy Percy, director of the New Under Tens Fishing Association (NUTFA), said he was also unconvinced ban could work.

He said: “Those very powerful companies that own these vessels would take the UK to whatever courts they could if we tried to ban them from accessing their fishing rights so I’m not holding my breath that Johnson and co will man up in this respect.”

The Margiris, the second-biggest supertrawler in the world, which is capable of catching 250 tonnes of fish a day, was spotted off the east coast of Britain in September.

Greenpeace said foreign supertrawlers – usually Dutch or Russian registered – almost doubled the time they spent fishing in protected areas in the first six months of last year compared with the whole of 2019.

The environmental campaign group’s petition calling for a ban on supertrawlers in marine protected areas has more than 300,000 signatures.

He said: “There’s a hugely compelling case for marine conservation.

“The EU is obsessed with saving the environment – expect if it’s British waters!”

She said: “They’re not sustainable. You take the big super trawlers, they catch the fish, freeze it and it’s not what they catch, it’s what they kill.

“You’ve got big boats out there with a crew where you could have lots of other smaller boats, with a smaller crew, creating more jobs.

“It’s the catch with a lot of these super trawlers, so I want them gone. The UK wants a sustainable fishery and we will be the leaders in that and the Government and the public are behind it.

“It’s very important we protect our waters and Mother Nature.”