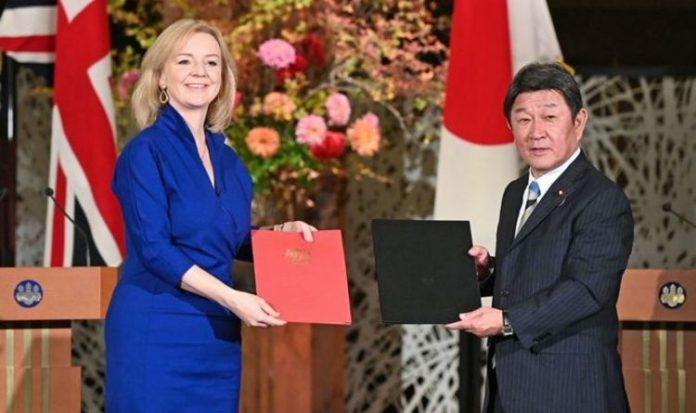 Speaking on Tuesday, Ian Howells, senior vice-President at Honda Motor Europe told MPs, Japanese car companies had been reassured by the trade deal signed last year. Although admitting some issues had been experienced due to coronavirus, he insisted the lifting of tariffs on car exports by 2026 will help ease any fears over Brexit. He told MPs during a select committee session: “We welcome very much the Japanese trade agreement which as a Japanese business was very welcome.

“On the point around confidence, that certainly amongst my peers in Japanese companies was very much welcomed, and probably settled a lot of nerves in terms of their trading prospects in the UK going forward.”

READ  Coronavirus news: Hospital admissions soar up by 25% in one day in England | UK | News (Reports)

Mr Howells did admit some issues had been experienced by the car company following Brexit but none were significant enough to disrupt its ‘just in time’ supply chains.

He added: “We have seen some inconsistency with the way the border is operating but in overall terms the flow is working.

“Just in Time from our perspective means those flows need to work very effectively.”

According to Government figures, trade between the UK and Japan stood at £29billion in 2018.

Due to the new agreement signed by the two states, Westminster believes trade will rise by £15.2billion.

In particular, the reduction in tariffs is expected to benefit the automotive industry which was one of the biggest trade elements between the two countries.

READ  Queen news: Does the Queen congratulate US Presidents? Has she recognised Biden? (Reports)

Thanks to the deal, the Government also hopes to increase workers’ wages by £800million, as well as lowering the prices on a range of goods.

“It opens a clear pathway to membership of the Comprehensive Trans-Pacific Partnership – which will open new opportunities for British business and boost our economic security – and strengthens ties with a like-minded democracy, key ally and major investor in Britain.”

As referenced by Ms Truss, the deal will also help the UK in its pursuit to join the Comprehensive Trans-Pacific Partnership (CPTPP).

The trade alliance covers 13 percent of the global economy and more than £110billion in trade in 2019.

International Trade Secretary Liz Truss, has been widely praised for signing a raft of trade deals with nations across the world.

As well as the Japan agreement, the UK has also signed deals with Turkey, Singapore and Iceland and Norway.

Further discussions are also underway to sign deals with Australia and New Zealand.

Both countries remain a top priority for the Department of Trade with the UK hopeful of agreeing a deal with Australia or New Zealand before Easter.