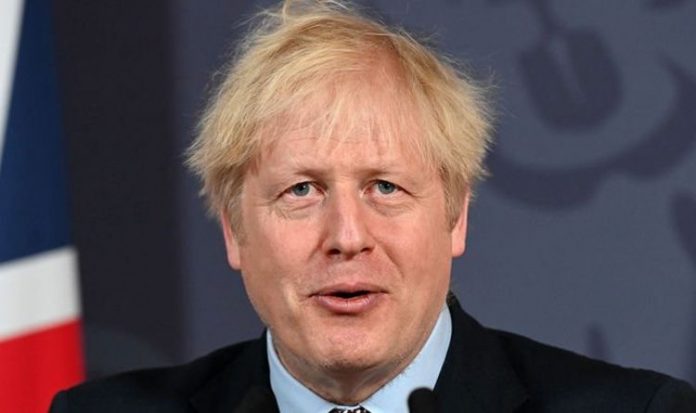 On Christmas Eve the UK and EU announced they had reached a new trade deal to replace the Brexit transition period, which comes to an end at the close of this year. Parliament will be recalled to vote on the agreement on December 30.

Mr Johnson said the arrangement, projected to be worth £668bn a year, will “enable UK goods to be sold without tariffs, without quotas in the EU market.”

However the Prime Minister also warned Brussels not to overplay its hand by “regularly” targeting British goods with tariffs should trade disputes emerge.

If this happens, he told the Sunday Telegraph Britain could withdraw from the new agreement and trade with the EU on World Trade Organisation (WTO) terms.

Mr Johnson told the paper the deal will allow “big” changes to how the country is run with new “legislative and regulatory freedoms to deliver for people who felt left behind”.

The Government is reportedly planning to use its new powers to slash red tape with Chancellor Rishi Sunak conducting a “big exercise on all of this”.

It is also looking at establishing new low tax ‘free ports’ across the UK to boost investment and innovation.

Mr Johnson argued the new arrangement will provide new opportunities for Britain adding “freedom is what you make of it”.

He added: “We can’t sort of suddenly decide that we’re free and then not decide how to exercise it.

READ MORE: Will my UK driving licence be valid in Europe after Brexit deal?

Labour leader Sir Keir Starmer has indicated his party will vote for the deal when it comes before the House of Commons.

Mr Johnson also revealed there were “several times” when he considered walking out of Brexit trade talks after the EU made unacceptable demands.

When this happened the Prime Minister concluded “things were going in the wrong direction and that our best bet was to go for no deal”.

The most contentious points during the negotiations were over access to British waters for EU fishermen and how far the UK can deviate from the Brussels regulatory ‘level playing field’.

Speaking to the Sunday Telegraph Mr Johnson described Brexit as the culmination of a long history of British Euroscepticism.

He said: “I think it has been a long intellectual odyssey for many people of this country.

“The whole country has been divided about this issue, because we are European, but on the other hand we don’t necessarily want to feel that we’re committed to the ideology of the European Union.”

The deal has also received the backing of Matthew Elliott, chief executive of the successful ‘Vote Leave’ campaign in 2016.

Writing in the Sunday Telegraph he said the Prime Minister has “notched up the victory that history will remember him for”.