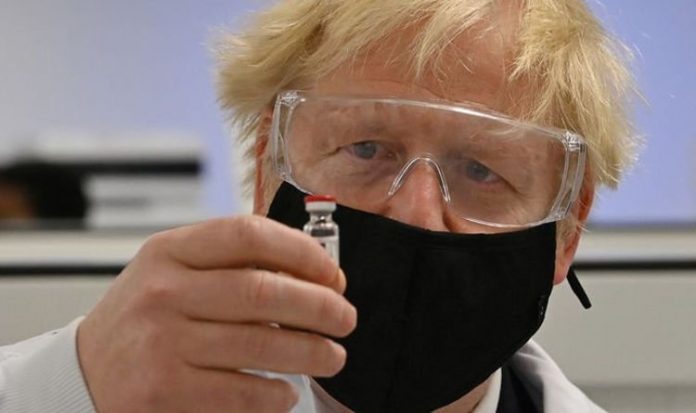 Under Government plans, the Oxford vaccine will be rolled out on January 4 should it be approved. The Government then aims to give two million Britons their first dose of either the Oxford or Pfizer vaccine within two weeks. Other plans, reported by the Sunday Telegraph, include mass coronavirus vaccination centres at sports stadiums and conference venues in the second week of the new year.

The Oxford vaccine still needs approval by the Medicines and Healthcare Products Regulatory Agency (MHRA), but it is expected to be given the go-ahead as soon as Sunday.

The UK has ordered 100 million of the jabs, with 40 million due to administered by March.

Oxford and AstraZeneca submitted their final tranche of data to the MHRA last Monday.

It is easier to store than the already-approved Pfizer vaccine, which needs to be held at -70C (-94F), and costs less to produce.

READ MORE: Oxford vaccine set for to be approved on MONDAY as minister hails ‘best of British’

The Government also privately hoped the weekly vaccination numbers would accelerate as supply increases, with two million people receiving the dose by the end of the first week of January.

Downing Street stressed to the Sunday Telegraph the figures were internal ambitions and not official targets.

A Whitehall insider told the outlet on Saturday: “We are deploying as fast as we get the stuff in. The constraint is supply, not deployment.

READ  Say Hy to the home of the future

“The protocol around Pfizer is really difficult, but with AstraZeneca it’s much easier, it’s like the flu vaccine.”

This week saw the first doses of the jab delivered to care homes by “roofing” health teams, who have now been tasked with delivering the vaccine to hundreds of additions homes by New Years Eve.

The DHSC admitted on Friday that only seven care homes had been visited by Christmas Eve, with Government figures suggesting only 0.3 percent of those vaccinated have been care home residents.

Care home staff and residents were intended to be the first priority for a coronavirus vaccine, but difficulties emerged in administering the Pfizer jab due to the temperature requirements.

It comes amidst pressure on the Government to accelerate the vaccine rollout after the new strain of coronavirus has caused a surge in cases and hospitalisations across the country.

On December 23, the Government reported the R number, or rate of infection, in the UK had grown from 1.1 to 1.3.