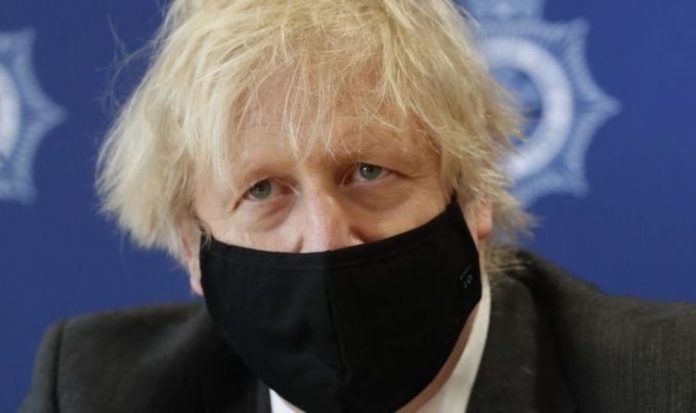 Department of Business officials are exploring proposals to ease caps on cash that firms forced to shut up shop during extended periods of lockdown can claim. The restrictions were imposed by the European Commission at the height of the coronavirus crisis last year and the UK was forced to comply under the terms of the Brexit transition period.

Guidelines issued last month stated the old rules “should still be applied” until further notice despite Britain’s departure from the bloc at the end of last year.

But business leaders have warned many companies in the hardest-hit sectors such as hospitality and retail will be unable to access further funds because they have already reached their state aid limits.

And they said many are unable to access the full support to which they are entitled under a £4.6 billion scheme unveiled last month by Chancellor Rishi Sunak.

They have told ministers unless the current rules are relaxed, companies that would be otherwise viable will be forced to shut shops or go out of business altogether.

The Centre for Retail Research (CRR) said around 850 retail jobs had been lost each working day since the start of the year and warned this will be the “tip of the iceberg” without further support from the Treasury.

The research, which covers insolvencies by retailers with 10 or more stores, highlights the turmoil on the high street, which has seen the recent collapses of Debenhams and Sir Philip Green’s Arcadia Group.

Earlier, UKHospitality chief executive Kate Nicholls said there will need to be more support for businesses if restrictions continue.

She said “If we are to stay closed or severely restricted for much longer then we are going to need to have additional Government support over and above that which has been provided to date.

“Flexible furlough and grants going on beyond March 31 so that our businesses can survive.”

Ms Nicholls called for a “very clear phased exit strategy from the lockdown and then from the restrictions that the hospitality sector is facing”.

She said: “Even if we open up under lockdown, we’re opening up under very strict restrictions that meant we didn’t break even last year when we were trading from July, so we can be confident that we can be safe when we reopen and when the time is right.

“We need to see not just that initial date but the phasing out of those restrictions linked to the rollout of the vaccine.”

A Government spokesman said: “Throughout the pandemic we have provided businesses with an unprecedented level of support worth £280 billion, including with various loan schemes, VAT cuts, business-rates holidays and the furlough scheme.

“Now that we are able to set our own rules and regulations, we are looking to make sure that they deliver for British businesses and consumers.”