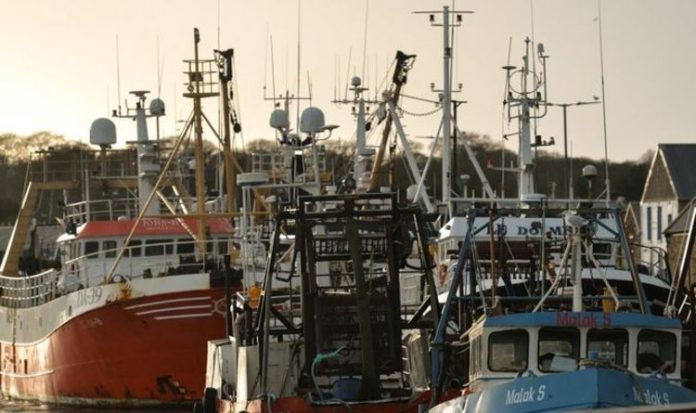 Fishing firms in the UK and Europe have been hit with massive disruption in the 17 days since Britain left the EU, with post-Brexit red tape causing delays and confusion at ports. The UK left the EU single market and customs union from January 1 as part of the landmark Trade and Corporation Agreement (TCA). Under the terms of the treaty, the UK became an independent coastal state and free from the EU’s controversial Common Fisheries Policy.

But, UK fleets will have to wait at least five years to see the full benefits of the deal.

In a stark message, Mr Deas stated UK fishing fleets are concerned they could be in “worse position in 2021 than they were in 2020”.

He told Express.co.uk: “Some fleets fear that they will be in a worse position in 2021 than they were in 2020.

“As the marginal increases in quota may not offset quota that was brought in previously through the year through international quota swaps.”

In recent days, fishing firms have been held up from exporting produce to the continent due to delays caused by new Brexit paperwork and customs documentation.

To send fresh produce to EU markets, logistics providers now have to summarise the load, give commodity codes, product types, gross weight, the number of boxes and value.

Fishing industry leaders have previously called for the Government to implement a six month grace period for the new changes.

Mr Deas warned firms could be at risk unless the issues are resolved and a “financial safety-net” is provided to firms at risk.

He added: “Fishermen feel aggrieved that there is no parity in the system as the UK has given an amnesty for EU imports into the UK.

“We have demanded that the Government takes steps at both the practical and diplomatic level and provide a financial safety-net for the businesses in the supply chain at risk of failure through no fault of their own.”

A spokesman for Prime Minister said: “We have said that we are looking to compensate the fishing industry given that they faced temporary issues and we accept that this may have been through no fault of their own.

“We are working with the fishing industry on this, to alleviate and compensate them for some of the short-term issues they have faced.”